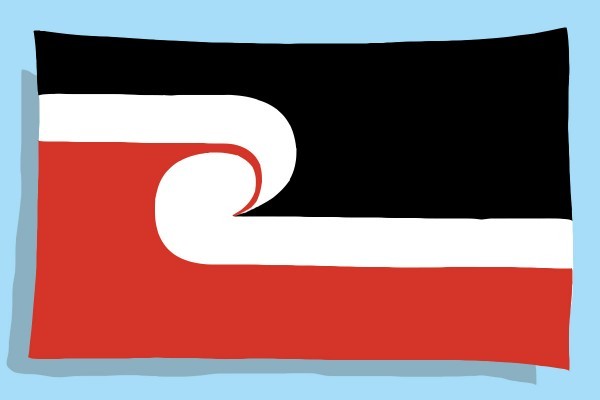 Tumuaki Resigns From UCSA In Protest

What a mic drop

“Not one more minute will we be undervalued,” Rosa Hibbert-Schooner wrote in a letter, which was published on Te Akatoki’s Facebook page on Tuesday 27 April. Her letter highlights that Māori student leaders across the country are asked to do extra cultural labour as well as consulting with the tauira Māori they represent.

“We are the ones asked to correct cultural practices and asked for last minute ‘cultural performances’. We are the poster children for the apparent ‘biculturalism’ of your institution — our value as Māori is constantly tokenised,” she wrote.

Another letter was posted on Thursday 29 April in response to UCSA’s decision to raise Rosa’s pay. It said that “Te Akatoki is hopeful that the UCSA will continue to engage with us to address the much bigger problem, perpetuated in the underrepresentation of ākonga Māori in its student association and work with us to co-construct positive and meaningful outcomes that give effect to a Te Tiriti based partnership.”

Rosa resigned in protest over what she described as not just remuneration but the fact that Te Akatoki were “not being valued or supported in a way that honors Te Tiriti o Waitangi,” as she wrote in the letter. “No other delegate will be filling this space, until this role is remunerated and valued equally.” She said that the support from her Exec on Te Akatoki and other tauira Māori had been “overwhelming” so this collective decision was possible.

She told Critic Te Arohi in an interview that the last straw that led to her resignation “was being asked by UCSA to prove the mahi I do, and I found that really offensive. I was like everything I do at Te Akatoki for Māori students is everything I’m doing for UCSA because that is my sector within that board.

Rosa was paid a $1600 honorarium per year, which equated to two hours of work per week. That “assumes that within those two hours I didn’t have to read the papers before the hui,” she said, because UCSA has a weekly meeting that often goes over one hour. In comparison, the general Exec members of UCSA were paid $5200 per year and the President $53679.

“We’ve always been promised these things and promised that it will change and told that it’s a priority, but it never has been,” Rosa told Critic Te Arohi. Te Akatoki has been requesting this pay increase for years, she said.

The UCSA Exec hadn’t realised the struggle that Rosa was having with pay, because she took the issues to managers within the Association. “I didn’t realise how oblivious everyone was to the issues that were happening,” Rosa said.

UCSA President Kim Fowler said that the Exec has, since Rosa’s resignation, decided to raise her pay. “The executive were in agreement that the scope of the Te Akatoki role on our Exec has changed since it was last scoped, and so last Friday 23 April we held an urgent meeting to raise the pay of the role for whoever fills it going forward, and to pay Rosa the difference between her pay so far and that of a general executive, in acknowledgement of her mahi.”

Rosa told Critic that this is a positive step, but it’s not enough. “It needs to be thought on a lot longer and gone through cultural practices and processes in order for it to be genuine and not an “oh quick, let’s pay them to make it equal but not actually look at the role itself and how it should be valued without money,” she said.

People should “go that step further and realise that just paying someone to be the only bicultural person in their association is not enough now in 2021. They think it’s like “tick box, all good.” It’s not,” she said.

“I’d say the structures of UCSA have internalised racism,” she said. “Sometimes we as young leaders don’t even know how to go in and change that, we aren’t given the skills to be able to question is this racist or how do we do this more biculturally?”

Kim said that “[m]oving forward we are setting out a process with help from UC Kaiarahi with Te Akatoki. We hope we can co-design specifically what tauira Māori representation should look like within the UCSA.”

Rosa said that this issue has not been isolated to students associations, so it was “awesome” to receive public support from Māori Party MPs Rawiri Waititi and Debbie Ngarewa-Packer.

“For us tauira Māori and Māori in general, we’re all fighting the same fight, because it is getting to the table, getting more resourcing, and getting our culture and our mātauranga valued. We are fighting similar battles,” Rosa said.

She hopes that the message will get to people who are not involved in Māori students’ associations too. “What we’d love to see is people who are pākehā or pākehā associations not just responding to stop bad press but respond and own the institutionalised racism and acknowledge that it’s a bad thing,” Rosa said. “Not just ‘hey we’re doing this to fix it’, but ‘hey, this has been bad.’ That’s what we’re waiting for.”