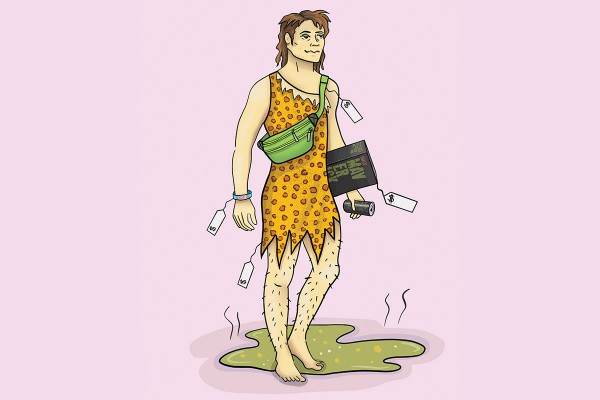 Almost Half of Hyde Lottery Winners Don’t Follow Through

“Oi, come Hyde bro” isn’t as convincing as it used to be

802 students did not claim Hyde tickets in the most recent lottery, with work and money stopping many from going.

OUSA Events and Operations Venues Manager Jason Schroeder said that: “Overall there were 4,694 lottery registrations. The initial lottery returned 1,922 winners. Not all of these, however, took up the offer of tickets and as such a further 802 have been drawn from lottery and are about to be offered [the] chance to purchase tickets later.” Quick math by Critic Te Arohi (which involved rounding up hundreds of students and counting off their fingers one by one) showed this meant 41.7% of first-round Hyde lottery winners did not end up buying tickets.

Students we talked to gave a variety of reasons for giving up the chance to come Hyde. Harrison was caught in a capitalist clusterfuck: he got “fucked over by the power bill and they didn’t refund my money before cut off”. While he was willing to borrow money to pay for the tickets, he didn’t, and “the pricks [at work] declined my leave anyway” even though he’d “applied for it ages ago”. Similarly, Lam was “waiting for money to come in” before purchasing the $50 tickets, “but it came in after the cut off time… like 10 minutes later”.

Critic Te Arohi is convinced that a malicious globalist plot is hell-bent on sabotaging Hyde and is not above abusing inbuilt power imbalances within Aotearoa New Zealand’s neoliberal financial and economic systems to do it. By slightly altering payment settlement times between multinational banks, a ripple effect occurs wherein StudyLink payments “coincidentally” come in just moments after the cut-off times for Hyde, restricting access to all but the moneyed upper-classes.

Only a complete and violent left-wing uprising, involving the systematic purging of the bourgeoisie 1%, allowing control of the means of production to return to the proletariat, will safeguard our sacred right to get absolutely shitfaced on a cold residential street in the middle of North Dunedin without pesky things like money and unsympathetic bosses getting in the way.

On the other hand, Emma said she didn’t buy tickets because “none of my other mates won either”. Our socialist revolution cannot do much about that.