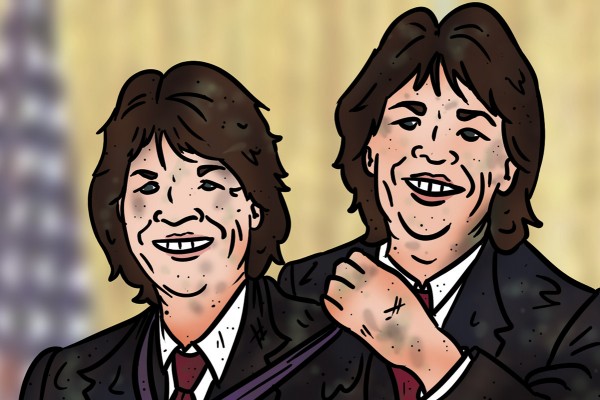 A Timeline of Our Glorious Leader’s Time as Vice-Chancellor

It was a Friday afternoon that no human alive will ever forget. 19 March 2021, the day that Great and Glorious Vice-Chancellor Doctor Professor Vada Harlene Hayne ONZM BA MS PhD left our beloved University.

Temperatures plunged as the Sun hid its face in sorrow. Angels wept in the skies up above. That Friday night, alcohol poisonings spiked as students, distraught by the tragic news, drowned their sorrows in toasts to our Outstanding Leader before kicking wheelie bins over in despair. Police cars and ambulances blared their sirens around North Dunedin all night, a fitting tribute to our Supreme Protector.

The University declined to comment regarding our Queen Mother’s significant changes and achievements in Her 10-year reign, which we found strange and disappointing, considering Her reign was nothing but significant achievements and highlights. Looking to correct this omission, we humbly present the most outstanding moments of our Wondrous Captain’s decade on the throne, realising that us mere mortals at Critic Te Arohi could never fully appreciate the sheer privilege of being in Her presence all these years.

Her Eminence was appointed as future Vice-Chancellor of our Glorious Institution for five years, to take over from outgoing head-honcho David Skegg in August. Students rejoiced with O Week celebrations, and 258 couch fires were alighted in an unprecedented act of praise and worship.

Our Victorious Counsellor, showcasing Her magnificent strategic genius, sought to boost the struggling All Blacks’ efforts in the Rugby World Cup by implementing a campus-wide alcohol ban. Sober students discovered that rugby, not alcohol, had been their passion all along, and the ensuing burst of support from Dunedin delivered the trophy into New Zealand’s hands just a month later.

In a stunning show of Her unparalleled love and compassion for students, our Beloved Master arrived at OUSA President Logan Edgar’s flat on his 21st birthday, presenting him with a chocolate cake. In the face of such awesome beauty and raw power, Logan admitted to having only “a little bit of a crush” on Harlene, a true testament to his sexual self-discipline.

In a (genuinely) brave and powerful move, the University invited the Dalai Lama on campus to speak, despite political pressure stopping everyone from Auckland Uni to John Key, the embarrassing uncle of New Zealand, from officially welcoming him. Rumour has it that the Otago Uni cap Harlene gifted His Holiness hasn’t been washed since, lest Her sacred touch be lost.

Showing further proof of Her boundless wisdom and entrepreneurial genius, our Eternal Guide invested in the University’s sponsorship of the Highlanders, a glorious strategic masterstroke that to this day links Aotearoa’s third largest university with its fifth most successful Super Rugby franchise.

The Patron Saint of Education rightly condemned binge drinking and the Hyde Street Party, uniting students with boomer Dunedinites and the university administration against our true common enemy: alcohol. The party “won't truly be a success ... until we can take some of the edge off the very dangerous intoxication,” the Righteous One told the ODT.

As Critic Te Arohi and Radio One’s parent company, Planet Media DL, collapsed under $250,000 of debt, our Unfailing Light said she “applauds OUSA for taking a closer look at the services they are funding,” which plainly should not include media read by the vast majority of students. Anyway, there is no need for other sources of information, for in Her is the culmination of all wisdom past, present and to come.

Our Knowledgeable Steward was reappointed as Vice-Chancellor, to serve another term of five years.

Trouble-makers and ruffians expressed concern that our Fair Beacon is proposing to make cuts to the Humanities. The Wise One puts quill to parchment, and wrote an opinion piece for the ODT defending the University’s honour. “Despite the proposed changes, we have no plans to close any humanities programmes,” She wrote, a promise believed by trusting students and staff.

The warm, tender gaze of our Wise Captain extended into the flats of North Dunedin, as the University proposed to install CCTV cameras around North Dunedin‘s streets. Criminals cowered in fear and students rejoiced at yet another opportunity for Harlene to enter their hearts and homes.

Showcasing her propensity to be bold, yet at the same time endlessly kind, the Everlasting Counsellor quelled fears that up to 300 jobs could be lost as a result of the Support Services Review. She promised that in an “exciting” move, only 182 full-time equivalent staff would be fired.

After seven years of scouring campus to find a location worthy for the honour of our Beloved Helmswoman, the Altar to the Service and Kīngitanga of the Vice-Chancellor of Otago (AskOtago) opened its doors. An elaborate temple built on the twin sacrifices of student study spaces and staff jobs, a small price She was willing to pay.

Two malicious websites, askotago.com and askotago.co.nz, appeared to cruelly mock the reputation and good name our Guiding Star’s IT procurement department. A provocative question surfaced: “Who is Charlene Chainz?”

Enraged by the outing of Her underground rap-god alter-ego, our Holy Mother’s anger developed into a ruthless bloodlust, and the University Senate concluded that only a departmental sacrifice would quench Her righteous fury.

Art History was no real loss, a mere humanities programme of little significance. Gazing on the features of our Glorious Leader is all that we need to show the culmination of history’s artistic marvels.

A dirt-digging OIA from Critic Te Arohi backfired spectacularly. All it revealed was details of our Blessed Saviour’s humble and modest lifestyle. A mere $22,000 to travel to the UK, Germany, and the USA, and just $4,000 extra for accommodation, truly proved that She is one with the struggling masses. Be assured, students, that She feels your pain.

Showcasing Her indomitable courage, our Generalissimo spat in the face of a puny little flu-like virus particle, boldly declaring that the University would remain open, that in-person classes and laboratories would remain terms requirements. By removing one seat from the 500-seat St. David Lecture Theatre, the safety and security of the university was liberated from pesky Government regulations on mass gatherings.

Ever kind and loving even in the toughest of situations, by the end of 2020, our Brightest Sun had generously and selflessly distributed $26.6 million to 587 former staff members since the beginning of Her reign in 2011.

We salute these brave 587 martyrs who realised (with gentle reminders, known commonly as ‘redundancy pay-outs’) that their continued presence at University was inefficient and cost-ineffective. They selflessly sacrificed their jobs, weeping with tears of joy and gratitude at the thought of being able to help bring the University back into surplus. We will remember them.

My disappointment was immeasurable and my day was ruined. We shall not speak of March 19 again. The scars are simply too raw.

In a mysterious and completely unexpected move, Google searches for “Perth flights” from Aotearoa New Zealand spiked dramatically. The only plausible explanation is that this is due entirely to the departure of our Gracious Lord.

Though She will physically be at the Curtin University of Technology from now on, She will spiritually remain our Eternal Guide until Her inevitable Second Coming or, alternatively, until the Clock Tower succumbs to a climate-change related extreme weather event, which should happen within a couple of decades. Either way, we wait in anticipation for that day.