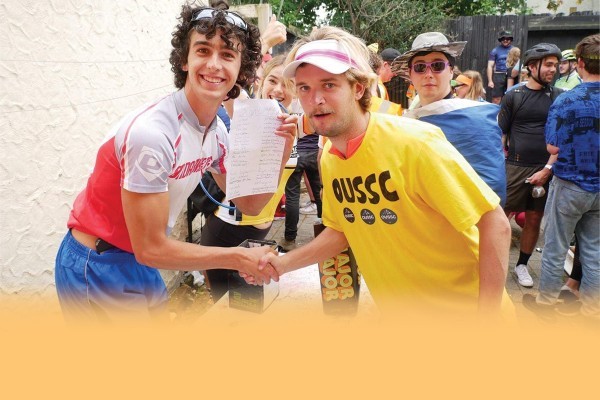 “Sign-tology” on the Rise in Dunedin

In a time when our lives are increasingly meaningless, in which we feel evermore like a digital drop in a vast online ocean, Sign Up Club is a beacon of hope. It offers community, it offers connection, it offers meaning. And all at the click of a button.

But all is not well in SignUpVille. Above the thick screen of memes and shitposts on their Facebook page lurks an ominous shadow. The silhouette of authoritarianism. The infant stage of what very well may be a cult. Last week on their Facebook page, the club made a startling announcement:

“Tonight’s Banishment will be up to the people. Two members have been randomly selected. Put your votes in, Banishment commences at 10 PM.”

The selected members (Padras Wadhwa and Maia Alderson-Muir) were shocked at the sudden turn of events. Padres voiced his dismay, saying “Wow, all I do is recruit [for the club].”

In a surprise twist, club leader Reid Eberwein’s name was thrown into the list of potential banishments. He came in second, to Padras. “Just remember,” he posted, “to all of you voting for me. I am writing down names.”

The following day, Sign Up Club posted “we love every single member of our Sign Up Club family.” Members in the comments voiced concern, forgiveness, and fear.

“This is abuse,” said one. “#JusticeforPadras”, said another. “We had to make an example of him,” said Reid.

Followers accused their leader of “playing God” and told him to “get a life”. Reid laughed the laugh of a man with nothing to worry about. “We’re trying to get Wax Mustang to play a gig”, he said.

The club, now with 2500 members, shows no sign of slowing down. Group members note that the memes about Sign Up Club are only increasing in quality.

Last year at this time, people were being introduced to the idea of ‘scanning in’ to places because of some virus that was going around. People have become so used to signing in that it’s become a piss take. Kiwi students — uniquely free from the confines of Covid — laugh as they register their presence on shirts, skin, and sheets of paper around campus, while the rest of the world seethes with jealousy.

The club has infected lectures as well. Last week, Reid was able to convince a finance lecturer to include a slide inviting people to sign up. Apparently the desire to be a member of something, anything, appeals to finance students just as much as it does to all the rest of us. They’re human after all.