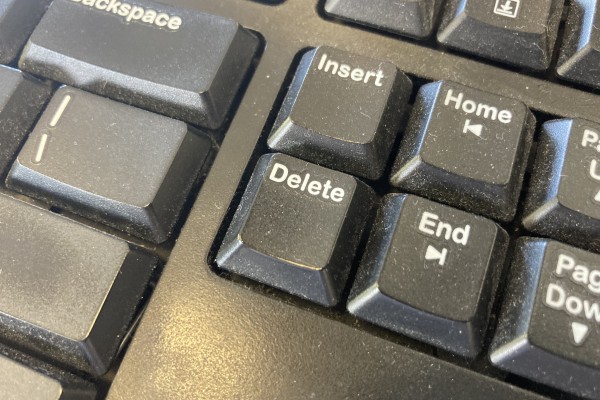 Victoria University of Wellington accidentally deleted all the files stored on its desktop computers last Friday. Items in the H: drive, M: drive, or the cloud were still accessible.

This morning, staff and post-grad students received an email saying that IT were “still working on a technical solution to recovering the data that was deleted over the weekend”.

Those who might have lost significant files were told not to log onto their computers, as that could overwrite the files even further. “If you have a colleague who can’t read this email because they’re afraid to logon to their computer, please show it to them or get them to read it on their phone,” the email said.

The email noted that due to the data wipe, there was a “huge volume” of IT calls to work through. “If you’ve lost REALLY critical files – ie your entire Phd, or lecture notes for an entire course, or irreplaceable research data reply to this email and let me know, and I’ll escalate it to the client tech team,” the email said.

“I’m three weeks from handing in my thesis so I was terrified all my data was gone,” said Casey*, a Masters student at Vic. She first found out about the data wipe from a tweet, so she “knew to expect some missing files on Sunday,” she said.

“Only files on the desktop were gone,” said Casey, “but my whole computer had been reset too so I had to download a whole bunch of program information again. I was able to call digital solutions and get a job request placed on sunday before people knew, they only sent out an email about it on sunday night.” She heard that some PhD students had lost a year’s worth of data because they had files stored in a programme on the desktop computer.

A spokesperson for the University confirmed that they had "experienced an issue during routine and scheduled maintenance work, which affected access to some files for some staff." The issue also affected students who used desktop computers at the university. “The University’s Digital Solutions team is working with affected staff,” they said.

Staff and students who used desktop computers received their first email from Digital Solutions Director Stuart Haselden about the data wipe on Sunday at 4.43pm. “Maintenance to clear disk space may have deleted some files and changed some settings it should not have,” the email said.

The email told staff to stop using their computers if they had files saved on their desktop. “We will need to look at your machine on Monday and the less work that is done on your machine between now and then the better,” the email said. According to this email, data in the H: drive, M: drive, or OneDrive was “fully protected”.

Staff first noticed the effects of the data wipe on Friday. At 1.48pm, Professor Joanna Kidman tweeted: “Really not wanting to panic anyone at VUW but have come into office to find that all my files have been wiped from my 'puter and IT is telling me it's a university-wide problem and it may not be fixed before Monday. Have a nice day.”

The aim of the data wipe was to clear inactive users’ data by getting rid of profiles of students who no longer studied, according to what IT staff told students. Instead, something went wrong and it cleared all of the files stored on the computers.

IT staff were overloaded with requests and one IT person told a student that he had not been able to recover any data yet.