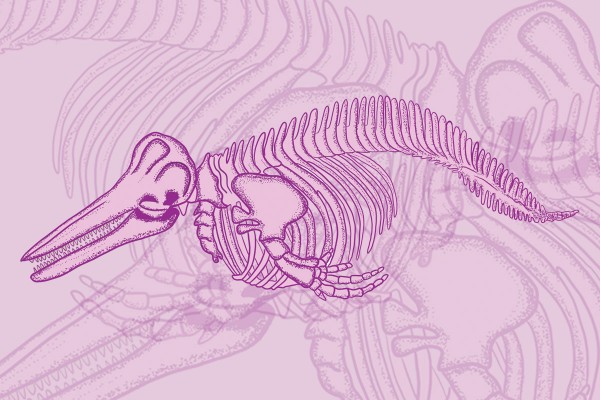 Students have discovered what is “almost certainly” a new species of dolphin while on an annual geology field trip.

The mandatory second year field trip spends one afternoon at the Tokorahi lime quarry, where students are given some time to poke around for fossils in the limestone rubble after completing a mapping exercise. Every year, limestone mining for agricultural lime strips away more rock, leaving a fresh site for the year’s field trip.

This year, second year undergraduate student Connor Wallace found an inner ear bone belonging to an ancient dolphin. Newly-minted teaching fellow Marcus Richards, a specialist in whale and dolphin palaeontology, was on the trip, and helped the students excavate the site.

Marcus told Critic that this was an important bone to find, because it shows a key difference between dolphin species. Sort of like a fingerprint, each dolphin species’ ear bones possess a unique morphology that identifies them.

The geology department visits this site every year, and knows that the ancient seabed they’re digging in is about 25 million years old. This was a period in dolphin evolution when echolocation had recently evolved, and was beginning to become sophisticated. The dolphin that lived, died, and was unearthed by Conner, provides a physical record of this step in the animal’s evolution.

The closest living relative of this ancient dolphin can be found swimming in the Ganges river, where hydroelectric dams and pollution are driving it to the brink of extinction. “Freshwater dolphins,” Marcus noted, “are pretty fucked if human-induced pressures persist.”

Marcus said that the group also discovered the ribcage of a seven-or-so-metre whale. Because the skull was buried, they could not determine if it was a new species, and “we don’t really have room for another giant whale skeleton anyway.”

He noted that even if the department could afford an excavation team, by the time they could return to the quarry, the skeleton will likely have been pulverized, packaged, and shipped away by quarrymen. Marcus said that although any dolphin or whale skeleton likely represents a new species, “you can’t beat yourself up over not being able to retrieve every specimen.”