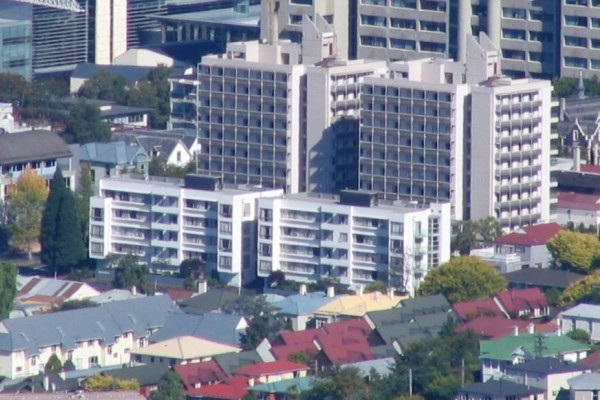 Freshers get fancy ensuites and Critic is jealous

Otago University has converted its Executive Residence boutique hotel into student accommodation for 2021.

The Executive Residence, also known as “that fancy house on Union Street East,” is now being managed by University College as a part of the University’s expansion of Undergraduate Accommodation. The increase of 194 beds comes in response to increased demand for undergraduate accommodation.

Otago University’s Chief Operating Officer Stephen Willis revealed that 24 students are being housed in the Residence. It will be converted back to a hotel at the end of the year.

According to the University’s website, and a student from the flat next door who was given a tour by a resident, each room is equipped with a queen-sized bed and a very flash looking ensuite.

The University said these rooms are priced at the same rate as an ensuite room in other residential colleges. Rooms with ensuites, such as those in Te Rangi Hiroa college, cost a fee of $17860 per year. This is $1520 more than a standard room in a university owned college.

Like other UniCol flats, students in the residence are expected to go to the main UniCol dining room for lunch and dinner. In colder months, breakfast will be provided on site. It’s not breakfast in bed, but it’s close.

To listen to the story tune into R1 news on Thursday 11 March.