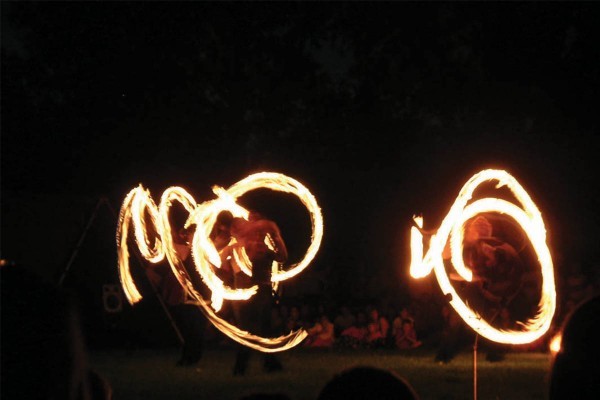 “Abuse will not be tolerated. Flow arts will be a safe, positive and beautiful experience for everyone again, just you wait.”

OUSA has disaffiliated the Dunedin Fire and Circus Club (DFCC), citing a breach of rules around student numbers in the club.

The investigation into the DFCC began in July, when members of the club raised concerns about the ratio of students to non-students, as well as concerns about DFCC’s finances and missing club equipment.

According to OUSA, the DFCC's membership list was made up of only 29% students, out of the required 75% minimum. OUSA disaffiliated the club on those grounds.

Brin, who has been instrumental in bringing these allegations to light, provided Critic a statement on the process. It’s entirety is as follows:

“It's devastating that so many women came to harm in a space that was supposed to be safe. Everyone deserved better, and it should never have been possible for these instances to occur, let alone so widely. The issues went unaddressed for too long, the history and image of the club are too marred, and disaffiliation is the only appropriate course.

I can't thank Te Whare Tāwharau, ŌCASA and OUSA Student Support enough for their guidance though this. The situation highlighted issues with how our club and others have operated in the past, and it's great to see Debbie Downs and OUSA commit to fixing those for everyone. We all have to have some hard conversations, encourage our mates and ourselves to understand and champion consent and kaitiakitanga, and make absolutely clear that predatory behaviour and sexual violence will be given no quarter at Otago.

We've got a set of new policies and genuinely wonderful people to implement them, and flow arts will return to Ōtepoti in a more accessible and wholesome way in 2021, with safety as the number one priority. We finally have processes and unimpaired determination to address and eliminate toxic masculinity, intervene in and prevent harmful behaviour, and better support survivors going forward. Keeping the club student-based, properly inducting members, and installing confidential reporting will ensure people are heard, allegations are handled sensitively and consistently, and problematic individuals are neither excused nor placed in leadership roles. Abuse will not be tolerated. Flow arts will be a safe, positive and beautiful experience for everyone again, just you wait.”

If a future fire and circus club wishes to affiliate to OUSA, the Exec has set recommendations that the club must not be named Dunedin Fire and Circus, and must have a health and safety policy.

As the discussion around the investigation into DFCC’s finances and asset register was in a confidential committee, Critic is currently unable to report on their findings. OUSA has declined to comment on what their findings were.

Since the investigation began, OUSA has established a Clubs Complaints and Sexual Misconduct policy.