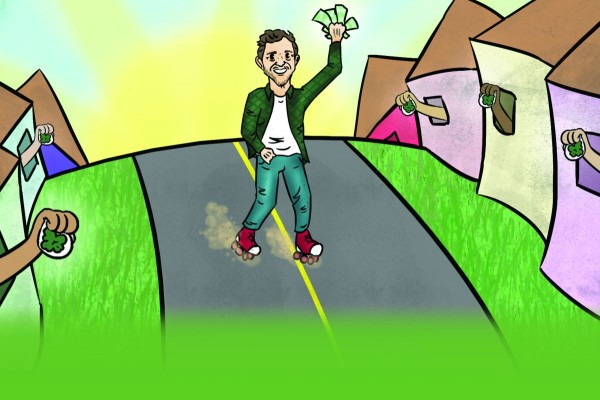 Everyone on Campus Can Get Weed

Critic asked 34 students: if your life absolutely depended on it, could you suss weed within the hour? Every single person, bar one, said yes.

However, Critic would like to point out that that single “no” could’ve asked any one of the other 33 people in the room. Every single one of them had just indicated that weed was no more than an hour away. We’re pretty sure that if your life was on the line, you’d be willing to ask strangers.

When people say “we’ve all got that friend”, they’re onto something. Every student who said they could find weed was just a text away from a drug-dabbling friend or neighbour. When asked how they would hypothetically get their hand on some of the good-good, people said something along the lines of “oh, I know who to text”, or “I’ve got a mate who’s got some”.

But very few of those people could be certain that the “good-good” would really be all that good-good.

Five of the 33 people who could suss said that they could be 100% sure that the weed they could get wasn’t laced with anything. One of the people who said yes said so because they grew it themselves, and the other four said yes because they had “very reliable” mates, who “knew all the strains and whatever”. That’s a lotta faith.

This data shows that while nearly 100% of students sampled could easily get their hands on weed within the hour, only 15% of them could be sure that it was as safe to consume as possible. Legalisation would make weed a controlled substance, raising the confidence in what you’re smoking from 15% to 100%.

In our polling of the weed referendum, a common reason for voting “no” is that legalisation would increase the availability of cannabis, and offer more of a chance for people to damage their health as a result.

This data suggests that the availability of weed is already high. In the words of one student polled, “we all have that friend”. It is very unlikely, though, that a prospective stoner will purchase something that they can trust.