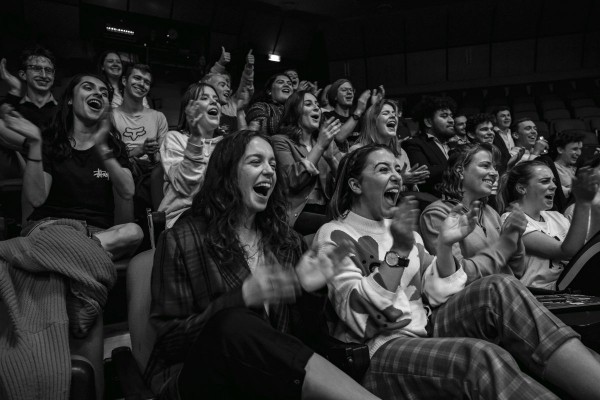 The Capping Show Lives to See Another Audience

Against all odds, The Capping Show has returned for its 126th year, yeeting the bar for student sketch comedy into the stratosphere.

This year’s show, Flatatouille, followed a rat named Remy who just wanted to be one of the lads, and a flat’s toil against an evil landlord, culminating with a cooking competition with a special appearance from our very own Harlene Hayne.

Sophie Graham, one of the stage directors, commented on how lucky they were to have the show go on at all “since we got out of Level 2 four days before we opened. It just feels like it was meant to be.”

Having been a part of the Otago student culture for so long, Capping’s presence in this shitshow of a year has brought even more light than it usually does. One student, who prides themselves in attending the Capping Show for the past four years, commented, “absolutely brilliant, best in years I think. I’m glad it managed to get on at all."

Capping video director Liam Brown said, “It’s a massive event on the student calendar. People look forward to it, and people remember it for a long time.” Both Sophie and Liam encouraged anyone who’s interested to audition in 2022, especially if you made it to the show and enjoyed it.

“This was my first year being involved, and I regret waiting so long,” Liam said.