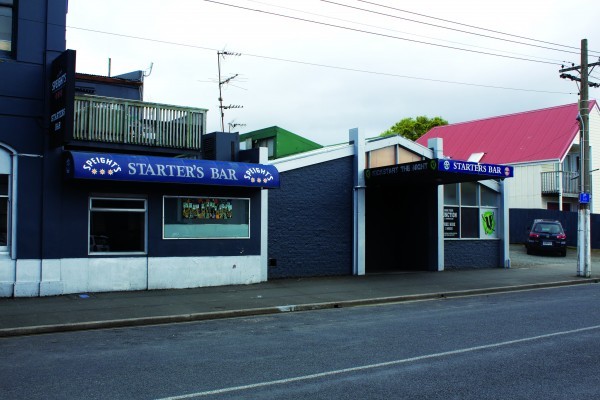 Starters Bar has been granted later opening hours by the DCC, and will now be able to serve alcohol until 3am. Following the controversy surrounding the President of the Otago Property Investors’ Associations (OPIA) outspoken call to arms in the ODT, the new hours are a victory for Starters and their enthusiastic patrons.

The new extension increases the opening hours by two hours. Previously, the bar closed at 1am on the same terms as many other popular student spots outside of the Octy, including the Bog and the Baa Bar.

“The ability to run to 3am enables us to provide students with entertainment options within the student quarter who wish to avoid having to go into the Octagon,” said Jason Schroeder, OUSA Events and Venues Operations Manager. The walk between the Octy and home is plenty long enough for all sorts of shenanigans, something Jason is also aware of. “We know that a lot of intoxication harm issues occur on the way into the Octagon or on the way home.”

Largely, this new extension will not change the day-to-day operation of the bar, and Starters reckon the later license will be used sparingly, with the bar mostly sticking to their regular 1am close. Jason explained that the bar intends to “target specific events like Orientation & larger ticketed concerts, as well as have the flexibility to remain open when at capacity and avoid a mass exodus of 400 students at 1am.”

Students surveyed were largely indifferent to the later hours, provided how little they’ll actually be used. “Doesn’t change much, does it?” one student replied, following a brief explanation of the changes. The actual effect won’t be clear until the hours are used in next year’s O-Week, or a similar large-scale event.

Another Starters patron disagreed, saying “I’d rather be drinking late in a controlled environment that I know is safe”. Having the option for a later closing time does, at least, allow the venue to provide that safe space where they think necessary.

Although Jason claims he was unaware of any formal objections, OPIA did lose a battle, after a very outspoken tirade against the opening hours in the ODT.