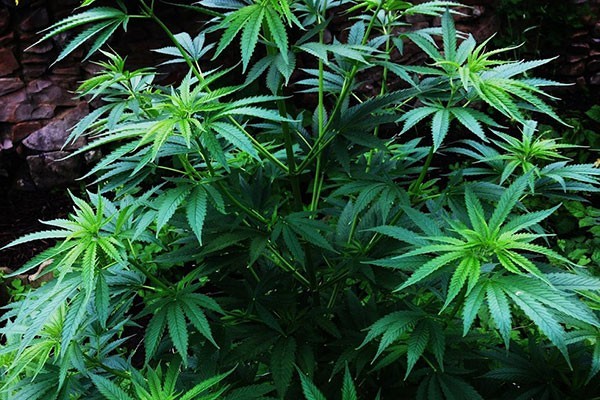 “What’s up with that taniwha Judith Collins being chill with the current discriminating laws when she herself has admitted to trying weed? Oh wait, racism, that’s right.”

Judith Collins joins Helen Clark, Phil Goff and many other New Zealanders in carrying on New Zealand’s history of cannabis use. Half of New Zealanders aged 15-65 have tried cannabis according to Auckland University’s Alcohol and Public Health Research unit. It is the third most popular drug in New Zealand after alcohol and tobacco. However, like many other aspects of the criminal justice system, cannabis criminalisation disproportionately affects Māori. That disparity is why Rutene, a student at Otago Uni, is one of many who believe that politicians who admit to trying weed but want to keep it illegal are doing so because of underlying racism. It is also why he is voting yes in the upcoming cannabis referendum, putting his “mana all into that basket”.

“Māori are subject to prejudicially decided sentences in our legal justice system… Māori are more likely to be arrested, imprisoned and have our records tainted for being found in possession,” says Rutene. Over the years, several studies conducted in New Zealand have backed up Rutene’s statement. According to New Zealand Drug Statistics, Māori made up 41% of cannabis convictions in 1998, despite making up less than 16.5% of the population at the time.

In 2007, the Police Strategy and Research Group by the Department of Corrections released a report on the over-representation of Māori in the criminal justice system. That report found that Māori were twice as likely to be subject to police attention than non-Māori, and were more likely to be arrested and convicted for cannabis use compared to non-Māori, even when rates of offending and social background were held constant.

As of June 2020, Māori make up 52.3% of the current prison population, and some of that disparity with non-Māori communities can be linked to the 2007 report’s finding that Māori offenders are more likely to: have police contact, be charged, lack legal representation, not be granted bail, be convicted, sentenced to non-monetary penalties and be denied release to home detention.

It’s clear then that Māori communities face real prejudice in the legal systems. However, it’s only part of the picture. Disparity between Māori and non-Māori more so lies in the systemic impacts that our post-colonial society has on Māori; the above 2007 report found that “those life circumstances more often associated with offending are, for a range of reasons, more likely to affect Māori families”.

The upcoming cannabis referendum therefore has the potential to create huge impacts on the Māori community, which is something that students Regan, Marewa, Rutene and Annabelle are hyper-aware of as tangata whenua in the lead up to the referendum.

“This whole issue of any drugs in a community is systemic,” says Regan on the high correlation between low socio-economic Māori communities and drugs and alcohol.

“That’s not there out of nowhere… [drugs and alcohol] were introduced by colonialism.”

Marewa agrees, noting that systematic disenfranchisement of Māori communities often caused an “embedded cycle in households or even neighbourhoods” of drug and alcohol abuse, which contributes to the disproportionate Māori incarceration rates. This is consistent with the 2007 Police Report, which noted higher rates of marijuana use in Māori adults than non-Māori adults.

For Marewa, voting yes in the referendum is partly about providing easier access out of the intergenerational cycle of drugs, alcohol, domestic violence and criminality.

“[Law reform] may not fully stop [that cycle], but it would be a much bigger step [in the right direction],” said Marewa.

Having recently been in high school, Marewa believes that the legalisation of cannabis would prevent the young and vulnerable from having easy access to the drug. In her teens, accessing cannabis was “as easy as… being added to a group chat and asking for it, and getting it two minutes later from someone down the road.”

In Marewa’s experience, obtaining cannabis was actually easier than alcohol in her teen years, as “I didn’t need my mum to buy marijuana [so] I didn’t need to tell her”.

For both Regan and Marewa, voting yes is therefore an issue of safety. The question of access is irrelevant, underaged kids are already accessing cannabis. What a ‘yes’ vote means is that those who do want to try cannabis know that they can do so legally once they’re older. Once it came time to try it, they would be less likely to put themselves in dangerous positions to obtain it.

In addition to creating a safer environment for youth, Regan is voting yes as she believes it will also make Māori communities safer. For her, the prevalence of cannabis use in New Zealand - and especially at Otago Uni - heightened her awareness of the discrimination that Māori face compared to non-Māori.

“It’s rare to go to any party or social function where someone isn’t smoking weed,” she says. “I can’t help but think of the difference if police came to a party with my Māori friends compared to a party of Pākehā.”

Regan said that cannabis legalisation would therefore give her “peace of mind” as Māori could not be unfairly persecuted over cannabis use.

Annabelle, however, is voting no. Although she believes that decriminalisation of cannabis would help lessen the disparity between Māori and non-Māori in the judicial system, she views the legalisation of cannabis as “something that would do more harm than good”. She adds, “New Zealand has quite a bad drinking culture, we have a lot of alcohol related harm; I see cannabis as something which would add to that.” In Annabelle’s view, legalising cannabis is “the easy way out” in the wider picture of lifting Māori out of oppression. “I would rather see investment into education and healthcare and equity schemes to bring these communities up rather than the legalisation and regulation of cannabis...  [it’s about] preventing trauma and stopping [drug use] before it starts.” Despite having an opposing stance to the other students, however, Annabelle did agree that the criminalization of cannabis was disproportionate to the effects of cannabis, stating that “prison and the court system should be in place for serious offenders, not for someone who wants to have a joint at a party”.

The Cannabis Referendum is therefore an issue that affects not only wider New Zealand, but Māori communities in an disproportionate way. No matter what your stance is on the referendum itself, Regan pointed out that when media or politicians discuss cannabis usage and harm, “Māori perspectives [are] often missed”. In reality, the outcome of the referendum will not impact all of New Zealand in the same way.