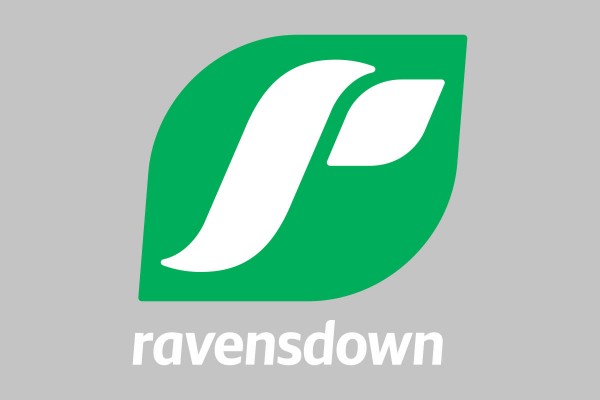 Student Group Forces Ravensdown to Care About the Environment

Ravensdown, the giant fertiliser factory on the Dunedin waterfront, applied to stop reporting on their emissions and then dropped the application after a student group said “nah we’d like you to keep telling us about the levels of chemicals that could create acid rain”.

Basically, Ravensdown got a resource consent in 2004, which is a permit that allowed them to legally discharge toxic chemicals such as sulfur dioxide (which makes acid rain). Because of community focus on the fertiliser factory after someone was allegedly injured by acid from Ravensdown back in 1994, the resource consent had strict conditions. One of those conditions was that Ravensdown had to report to the people affected by their emissions every five years, with the numbers of what chemicals they were emitting and options that could make their environmental impact less harmful.

Then, in July this year, Ravensdown decided that they didn’t want to produce their 2020 report. So, they asked the people affected by their emissions -- the Department of Conservation, the University of Otago Rowing Club, the Ravensbourne Community, Te Rūnanga o Ngāi Tahu, Public Health South, and Students for Environmental Action -- can we just not do this report please?

Students for Environmental Action (SEA) was the only group to say no.

Grace Cowley, the head of SEA, said that the first email “was just like hi, please sign this piece of paper (which didn’t explain anything), and see the attached 32-page document”. The only reason SEA got the email was that back in 2004, they had submitted on Ravensdown's application for resource consent, so they had a stake in the process. “Otherwise the process is private,” she said.

“I didn’t really understand what I was looking at when I first saw it,” she said. Grace called in some help from a law student, Sofija Cvitanovich, who helped her figure out what was going on.

“It was in such legalistic language, it was ridiculous,” Sofija said. “What they were attempting to do was to get rid of the requirement, under their permits, to have to produce a report every five years that includes the monitoring of their emissions and practicable ways that they can reduce their emissions.”

“They just wanted to not have to do that anymore,” she said. “How has the system got to this point where a synthetic fucking fertiliser company, can get rid of its reporting requirements and stop taking on board advice to reduce its emissions, and two students are the only ones to say anything?”

Grace read the previous report from Ravensdown under the reporting requirement, and said that alongside emitting sulfur dioxide, the factory also discharges heavy metals into the ocean, and fluoride which has damaged trees in the past. (Grace distanced herself from anti-fluoride campaigners on this point, saying it was only harmful in “high concentrations”.)

Tony Gray, Works Manager at Ravensdown Dunedin, said that the company only wanted to postpone their 2020 report and include it with the application for their next permit. “As a costly and resource intensive exercise and something that would have to be done as part of the consent renewal process anyway, we had been consulting with stakeholders about the possibility of gaining a consent variation to defer and incorporate this work into the main process rather than doing it now (in 2020-21),” he said.

“They expected everyone to roll over and let them do this,” said Grace. But SEA opposed the application because in the reports, Ravensdown “have a map of where their pollutants are affecting the community. So we thought oh crap you’re putting all of this into people’s houses, their environment, you need to be responsible for telling people how they’re affected.”

Because SEA opposed Ravensdown, the process became more difficult for the fertiliser factory. Grace and Sofija met with Ravensdown and then prepared a ten-page submission for the Otago Regional Council.

At the meeting with Ravensdown, “the factory put forward the story that because they’re doing so many extracurricular activities so to speak, funding things like the Rowing Club, greenwashing their yearly reports, and having a Sustainability Officer, they should be exempt from basic reporting and improvement requirements,” said Sofija.

The students were told “you’re the only ones who disagree with us, they kept throwing that in our face,” she said. So Grace began to contact the other affected people, and then those other groups realised what was happening.

Grace thinks that before SEA contacted the other groups, they didn’t understand what the application was about. “None of the affected parties necessarily, other than DOC and Te Rūnanga, have a policy background,” she said. “They were just asking us all to sign a blank piece of paper.”

“I think the main reason Ravensdown withdrew their application before they went to the [Regional Council] was that we started talking to the other affected parties and they must have got a call from them,” said Sofija.

After contacting Public Health South, Grace realised that they had not actually been consulted on the application. Ravensdown told the students that all the other affected people had supported the application.

“Your email is the first time we have been made aware of Ravendown’s intention to renew or vary its current conditions of consent,” the DHB told Grace when she contacted them. “[I]t is likely our name was off the list as an affected party as it possible that we relinquished that right during the previous consent process,” they said to her in a follow-up email.

A Southern DHB Public Health Physician, Dr Michael Butchard, told Critic that the Southern DHB “has not been involved in these consents for a number of years now”.

SEA’s submission also said that “these other affected parties did not have the time or resources to accurately assess the application, hence how we came to be the only affected party initially withholding our agreement.”

It also turned out that the Ravensbourne Community Liaison Group, who were emailed about the application, had supported Ravensdown’s application without consulting the whole community.

This started a whole other rift where a new group, the Ravensbourne Community Group Committee, was founded with 53 members. In a statement attached to SEA’s submission, they said “[the previous group] does not speak for the wider Ravensbourne/West Harbour community, and, to date, Ravensdown has not undertaken ‘substantial community consultation’.”

community,” their statement said. The group also distributed hundreds of leaflets in Ravensbourne about the issue to build opposition to the proposal.

The result shows that “a bit of pressure works,” said Sofija. Grace said it was “very bittersweet because our submission was hot damn, so good”.

“We spent many, many hours preparing that submission.”

“We were thinking of postponing the production of a report which is something we’d have had to have done later anyway, but as a result of active engagement with the community and listening to all stakeholder comments and concerns, we decided that we would not seek to postpone the report,” said a spokesperson for Ravensdown.

“If their application was fair and good and transparent or even important to them, they would have pushed it through,” said Sofija.

The Otago University Rowing Club supported Ravensdown’s application. “We believe we have had more gains and impact on making change where necessary by having a close working relationship which has included 6 monthly meetings directly with Ravensdown,” said Greg Sinclair, the Club’s Manager. He said the Rowing Club “has had an excellent relationship with Ravensdown fertiliser works at Ravensbourne that has a 20 plus year history”.

DOC and Te Rūnanga o Ngāi Tahu did not respond to Critic’s request for comment before the deadline, so it is unclear whether they continue to support Ravensdown’s position.

Sofija thinks the whole process shows that something is going wrong. “We have all this hustle and bustle from central government about new instruments to make sure we don’t exceed 1.5 degrees of warming, but if environmental changes are not happening at this level it doesn’t matter what they’re doing in Parliament,” she said.

“It’s worth remembering that the activities at the Ravensbourne site are deemed an essential service as farmers in Otago use the nutrients to replenish soil nutrients and grow nutritious food for Kiwis and to earn overseas export dollars,” said Tony Gray, the Works Manager at Ravensdown.