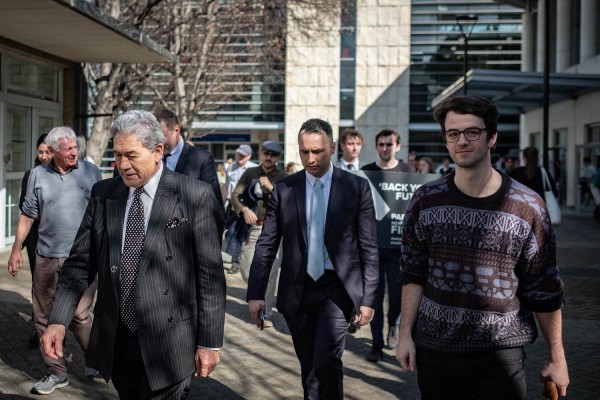 Jack Manning Drops Everything to Give Winston Peters a Tour

That’s fine, not like he has a job or anything

OUSA President Jack Manning skipped a meeting for Pūtea Tautoko, the University’s student hardship fund, to give Winston Peters a tour of campus. He has apologised for the “clear misplacement of priorities” in making that decision.

“I apologise to any student who found my decision as inappropriate as I do,” Jack said. He decided to give Winston Peters a tour after being asked on Monday. “I accepted, as I would for any politician that asks to engage with a student union.”

Michaela Waite-Harvey, OUSA’s Welfare and Equity Representative, went to the meeting and apologised for Jack’s absence. “I asked Michaela if she would be comfortable with passing on my apologies – it was an on the spot decision and it was the wrong decision,” Jack said.

“I apologized to Michaela for putting her in such a position and for the clear misplacement of priorities, which she accepted.”

“Jack understands I wasn’t happy with his choice once I understood the reason he didn’t attend the meeting and I’m satisfied with his apology,” Michaela said.

Jack acknowledged that “his involvement in the Pūtea Tautoko hardship fund management is an important example of student representation being valued by the University, one that I do not take for granted”.