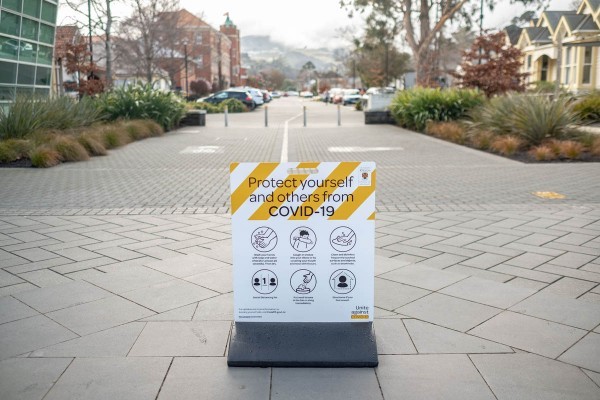 I just wanted to eat my bodyweight in cheese, but that’s a not gouda-nough reason

The announcement of Alert Level 2 throughout August and September has disrupted popular student events. These occasions are usually marked on the calendar and widely looked forward to, but they haven’t been able to occur with numbers limited to 100 people. Event organisers have struggled to alter their events to fit the regulations or find appropriate venues.

One of the most popular events of the year is the Med Ball, run by the Otago University Medical Students’ Association. With 336 interested on the Facebook page, they released early-bird tickets to keep track of interest and secure numbers without students having to pay, especially as no-one was sure which alert level it would be. The ball was supposed to be held on Saturday 5 September, but was postponed and could possibly be cancelled if the current alert levels remain in place.

The host posted on the Facebook page “the Level 2 status will remain in place until September 6th. This unfortunately means the ball will not be able to happen on the proposed date, however I am looking into other dates currently.” They added “sorry to disappoint as I know many of you were super excited for this event.”

Medicine student Mary was definitely one of the students hyped for this event. She said it would be her “first Med Ball so I was looking forward to seeing what the night would be like” but said the safety of students was a priority. She said “hopefully they sort out a new date for this year” but overall hopes she can go to the Med Ball one day.

COMSA (Commerce Students’ Association) instead made the decision to completely cancel the Commerce Ball. The ball was meant to be held on September 4, but with the popularity and restrictions of Level 2, it wasn’t possible at that moment.

COMSA released a statement on Facebook saying “unfortunately, due to the level 2 restrictions in place, we have made the difficult decision to cancel the Commerce Ball for 2020”. They expressed that they are “really sorry about this, and rest assured anyone who has already bought a ticket will be refunded”, and although the ball won’t be going ahead, they have “plenty of Level 2 friendly events planned for the rest of the semester”.

Commerce student Lily was devastated. “I had heard the Commerce Ball was THE event of the year and was pumped to get on the rark with my fellow BComers! Was not impressed when I heard it was cancelled but next option is attending the Nutrition Ball.”

Another hot event was the Psychology Society Wine and Cheese. Set to take place on August 13, the event was postponed until September 10, in the hope that Alert Level 2 would be lifted by then. When the announcement was made that Level 2 would remain, PSYCSOC also made the decision to cancel the event.

Representatives posted on the Facebook page “with the government’s decision to stay in Level 2 until at least the 16th Sept, we have made the decision to unfortunately cancel wine and cheese”. They expressed that they “would’ve loved to make it work and have you all for a boogie and some drinks, but uncertainty makes this very difficult”.

Psychology student Maddie said she was “really looking forward to my first Psych Wine and Cheese, especially because of the hype behind it” and added that she had “bought a dress and everything”, but hopes she can go next time around.

These are just a few of the events which have been affected by the Covid-19 alert restrictions. The Wildlife Hospital Students’ Association street appeal and the Oceanic Association Students’ Inter-Summit were also cancelled as a result of the ongoing uncertainties.

Some events, however, have been able to push through the restrictions, including POLSA’s (the Politics students’ association) Wine and Cheese. They offered some advice for clubs and societies who are keen to keep the events going with number restrictions. “Set a clear expectation from the get go to cap numbers” at 100 people. “First come, first served.”

“I think it’s also worth remembering that we can still run events at Level 2, and that we should still run events, provided we take necessary precautions, such as contact tracing and social distancing.”