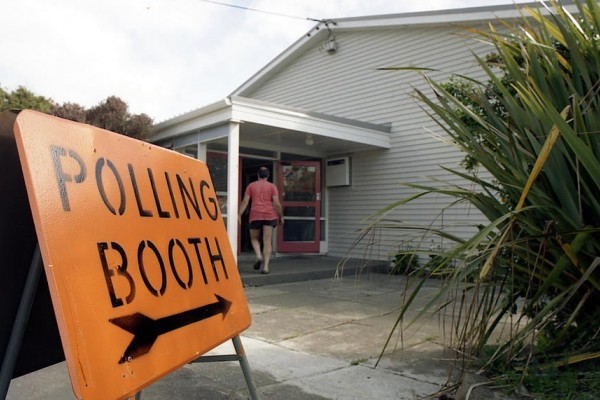 It probably doesn’t help that you can’t watch candidate debate on 1.5x speed

Students who have an exam on election day said they were less likely to vote than if their exam was on another day.

On 17 October, the day of the New Zealand General Election, Otago Uni has scheduled 37 exams, affecting a total of 1530 students. The exam timetable was released a week after the Government announced that the election - which usually does not occur during exam time - would be pushed back by a month.

When OUSA asked if the Uni would move that exam day so that students would have the full day to vote in the election, the Uni said no. Instead, the Uni has sent a universal email on behalf of the OUSA Welfare and Equity Representative, Michaela Waite-Harvey, reminding students to vote in advance.

Students who have exams on election day said that their priorities were their studies over voting. Ye-Ram, an affected student, said “the timing and the importance of the exam [...] is stressing me out”, but that “if the exams were moved then I would definitely vote because that is important for the future of NZ”. She admitted that even advanced voting during the exam period was going to be “quite hard” for her. She said “I think I will try to vote earlier” but that it would be easier “if the exam on the voting day got moved”.

Lara, who is one of 18 students who have exams on both the morning and afternoon of 17 October, said that reading Critic alerted her to having exams on election day. “I don’t know how long it would have taken me to realise,” she said, “cause I was too busy worrying about how I had two exams on one day in the first place”. She said that now she knew, she would “definitely” plan ahead to vote in advance.

That being said, “I'd probably understand if people in my position wouldn't go out of their way to vote,” she said. “I hope they will, but if people are struggling with uni especially cause of this year's disruptions and they're stressed about an exam on that day that probably won't help, plus why put in extra effort to engage with politics that don't engage with students anyway.”

“[S]ince I know now I'll make some time but if I had found out closer to the time I probably couldn’t guarantee I'd care.”

“While New Zealand employers are required to give their employees time off to cast a vote, students have been afforded no such protection from their study obligations and exam preparations.”

Because of early voting options, Otago Uni believes the risk of students being prevented from voting was “eliminated”, according to Deputy Vice-Chancellor (Academic), Professor Pat Cragg. In the 2017 General Election, 60% of all voters voted on election day.

Advance voting begins on 3 October and will be available in the Link, at St Dave’s, and Unipol during that time.