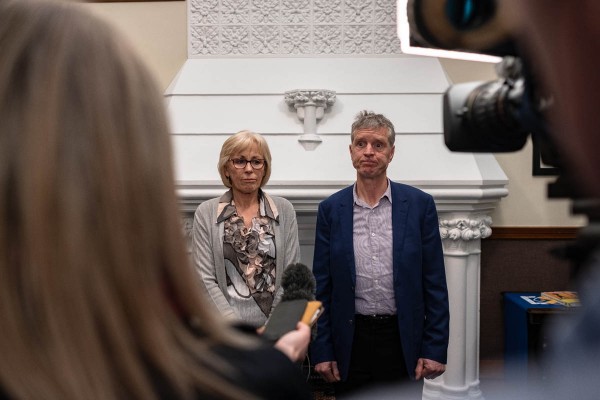 The University of Otago and Sophia Crestani’s parents hope to see permanent changes in the student community as a result of The Sophia Charter.

The Sophia Charter is named after Sophia Crestani, an Otago student who died during a flat party in October last year. The Charter aims to make Dunedin a safer place for students.

The commitments made by each stakeholder forms a “Circle of Support” for students. Among other commitments, the University agreed to “continue to work with Government and the DCC on changes that will reduce alcohol-related harm”. New Zealand Police agreed to “continue to work with the University to establish a clear set of working principles regarding large parties and gatherings”. The Otago Property Investors’ Association “work with landlords to encourage ‘good neighbour’ behaviour by tenants”. The DCC made commitments to providing rubbish collection and enforcing the Healthy Homes standards.

“From the very beginning of this tragedy, [Sophia’s parents] have been clear that their goal is not to stop the fun in North Dunedin but simply to make our student community safer,” Harlene said in her speech.

The first question to OUSA President Jack Manning and Vice-Chancellor Harlene Hayne after the signing was: “How do students feel about The Sophia Charter?”

“This is something that I hope every student at the University can feel a sense of ownership for,” Jack said.

“Going on what happened today when we launched the Charter with the students, I think the changes [in the student community] will be rapid and large,” said Harlene. “It really is something that will require students to exhibit courage and commitment.”

“We are hoping in the future that copies of the Charter will appear on the walls of many of our flats in North Dunedin as a really poignant reminder of ways that we have committed as a group to keep our students safe,” Harlene said in her speech before the Charter was signed.

When asked if students, other than those on the OUSA Exec, knew about the Sophia Charter before the week of the Charter’s announcement, Jack Manning said that “this has been a quite a delicate process out of respect for the family and it had to be kept to a certain degree private”.

“OUSA has been a part of this since the beginning and we have provided student consultation throughout,” he said.

“There needed to be more student consultation,” said one Otago Uni student after being shown the Charter. “It's appalling that we only find out what's in the Charter that our student organisation is signing after it has already been signed. The wording is vague enough to give the University the mandate to do whatever they want.”

At the student hui, two students spoke about Sophia’s death. Megan, Sophia’s best friend, described the night of her death and asked students to imagine if this had happened to their best friend. Isaac, one of the residents of the Manor in 2019, spoke about why he supported the Charter.

Another hui attendee said they support the Charter “120 per cent”. “I hope the Charter is a constant reminder to every single person involved, whether it be authorities, students, staff, families, etc, the importance and significance of safety at Otago University and Polytech,” she said. “Providing a stronger framework to enforce responsible and mature decision making will hopefully make an impact.”

“It's so so horrible that something so tragic had to occur in order for there to be change but, as Sophia's father said, it happened and we can only move up from here.”

“My thoughts from the Sophia Charter student hui yesterday were that people with very little understanding of the national student culture tried to change one part of it,” said Tangihaere. “It just doesn't make sense to target a group of people who aren't in the town for long enough to affect the culture.”

“True community buy-in would have been community driven, and the people I keep talking to about the Charter to don't even know what it is,” they said.

After the signing of the Charter, the University announced a scholarship in Sophia’s name. Harlene described the scholarship as “another way that we’re trying to turn our grief into action and honour Sophia’s memory”.