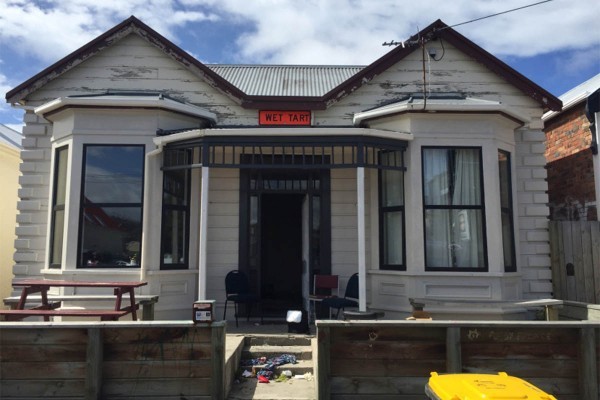 Two young men have been knocking on North Dunedin doors and asking if any men live in the flat who would like to take part in their religious or University survey. They have reportedly been doing this door-knocking since as early as 6 July.

It’s a bit sus, but might not be anything nefarious. Dunedin police have spoken to two young men who “actually legitimately” are going around “trying to convert people as part of their religious studies”. Police advised them to maybe not do that in the middle of the night because that’s how you freak people out.

Students have drawn connections between this activity and burglaries, with many concerned that the question is a way to gauge how easily a flat would be to burgle. The reports of these concerns were confirmed by Campus Watch on the night of 22 July. After Critic posted a warning about this activity, dozens of students reported a similar door-knocking experience.

No one has reported an actual burglary to Critic. No one has been arrested.

One Leith Street student heard someone in their flat at around 5am, who “left when I walked down the stairs”. Another reported that the night after the “surveyors” visited, a group of six young men attempted to break into the flat, but scattered when police arrived. If you’ve experienced a burglary, please contact fox@critic.co.nz after you report it to Campus Watch.

Students also report that they have been visited by young men posing as unexpected electricians. There is no definite link between these visitors and crime, but paranoia has nonetheless spread amongst the student body, and the events served as a “good wakeup call”, as one student put it. Break-ins are not unheard of in Dunedin.

Flats visited by what they assumed were faux door-knockers were suddenly forced to figure out what they’d do in the case of a real break-in: “Something we already should’ve had in our toolkit.” Some created male code-names to sound more tough, played dog barks on a UE boom, and armed themselves with the most lethal household objects they could find.