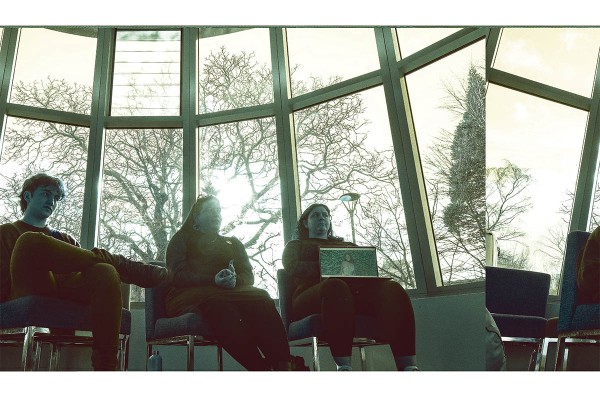 Ah. Another year, another OUSA Exec resignation, another by-election. Despite even fewer people attending this debate than ever (Critic couldn’t see any non-OUSA Execcies or staff members in attendance), all three of these candidates seem to be the most qualified for an OUSA position in years.

Dushanka Govender, Quintin Jane and Rebecca Turner all have years of club leadership experience and all of the admin and people-management that comes with it. All of them mentioned the OUSA sexual misconduct policy as a priority, all want to see clubs and societies thrive under OUSA. None of them took any chances to make cheap jabs at each other - if anything, they seemed to bounce off of each other with reasonable, good ideas.

It is nearly impossible to distinguish between these candidates based on their few sensible policies alone. The only differentiating factor between them seems to be in how they have campaigned. Quintin - a union man who won’t let you forget it - seemed to have done the least amount of campaigning so far, saying he had been “quite busy in general” but has put up “a few” posters and had talked to people he already knew. Both Rebecca and Dushanka have launched Facebook events, but in person, Rebecca opted for the old school move of chalking her name around campus, telling the first years she RAs for to vote for her, and ‘lecture bashing’. On top of postering, Dushanka took a ballsier route - she went straight to the people at Pint Night to explain what the by-election was and why they should vote for her.

Look, I don’t know what to tell you. They all seem fine. From Critic’s assessment of their answers, priorities and campaigning strategy, Dushanka is the winner of this not-debate. She is an internationally recognised equity officer and is the equity officer of the New Zealand Universities Debating Council, on top of her work with the OUSA affiliated club. Also, considering how much of a divide there is between students and their student union, campaigning at Pint Night is not only a smart move for her, but a smart move for OUSA engagement overall.