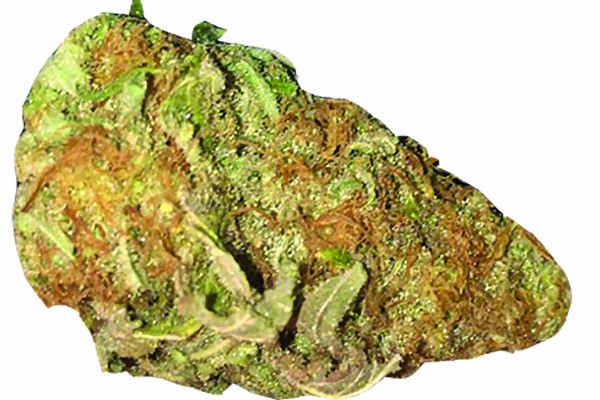 But not without dragging their feet

Just over a month ago, OUSA asked students whether or not OUSA should take a stance in the upcoming cannabis legalisation referendum. Students said yes. The Exec decided to have a punishingly long discussion about whether or not they should do it, anyway.

The Exec had a choice between two alternatives: either way, they would be creating educational material around the cannabis referendum, but would they also be actively encouraging students to vote in favour of legalisation?

Administrative Vice-President Georgia Mischefski-Gray spoke first. She said that she would “personally rather” OUSA did not take a stance, as she was concerned that it would make OUSA’s educational campaign “slightly biased [and] people who are on the fence may not trust the information we give them.” When students were asked if the Exec should take a yes or a no stance, only 46.3% said yes. 21.1% said no, which does makes the ‘yes’ vote a majority, but Georgia said it was “too close to know what stance to take.”

Then-Clubs and Societies Representative Josh Smith (aka Smythe) spoke next to say that it was important to take a stance because “the answer is pretty clear” and the Exec “have a responsibility to [take a stance] on an issue that affects young people disproportionately.” He stressed that in the educational campaign they could explain the logic behind their stance. Finance and Strategy Officer Josh Meikle disagreed in favour of a more subtle angle: leading the student-horse to the cannabis-water without forcing them to drink. He thought taking a stance would “turn people off voting a certain way rather than turn people on [...] I think that it is a much more powerful tool to say if you care about the issue, the evidence points a certain way.”

Josh Smith later suggested that they could launch the educational content first, with the intention to make a ‘yes’ stance “a month or six weeks” later. Almost every executive member present thought that this was an excellent idea.

Welfare and Equity Representative Michaela Waite-Harvey was the only executive member who didn’t love the compromise. When it was her turn to speak, she said that taking a ‘yes’ stance would amplify the OUSA educational campaign rather than delegitimize it. “It shows that we as an organisation are standing up for our students,” she said. “This is something that disproportionately affects [students], and Māori and Pasifika specifically, and is something that can impact them in their life, uni work, career, travel plans… their mental health through being criminalised.”

“The fact that we’d stay neutral when we know that students are disproportionately affected, and that it can ruin their entire lives... I think that is irresponsible of us, I think we have a duty to stand up for students… The ones who need us most are the ones whose lives will be most affected by this,” Michaela said.

The Political Representative Francesca Dykes, however, still felt “quite torn” and “conflicted” about what they should do. For some reason, she was convinced that a ‘yes’ stance would mean that the Exec would just refuse to write anything negative about cannabis. “The consensus seems to be that there are pros and cons, but overall the answer is ‘yes’,” she said. “I feel quite strongly that our position is to help students make balanced opinions. We have a role to present the full picture. To what degree does a ‘yes’ vote cloud our ability to do that?” Academic Representative Emily Coyle agreed with those concerns. She was worried about alienating the students who said ‘no’ because they “have a more conservative viewpoint or morality issues [with a ‘yes’ stance],” and that “at the end of the day this is a choice that the individual has to make".

The Executive then talked on and on about what the educational campaign could look like, and were clearly keen on Josh Smith’s idea of pretending that they were neutral for a month and then hitting the students with a ‘yes’ stance closer to the referendum. Despite Critic reporting on this public meeting, and thereby able to tell students that they were planning on being weirdly shady, President Jack Manning said “I can’t spot any obvious flaws with that [idea]".

Michaela wasn’t about to let them chicken out, though. She had to talk them through the number of educational campaigns that exist on the basis of a ‘yes’ stance. “[The referendum result] was close, but it shows that students would prefer us to take this stance. We are elected representatives. We can choose to back students,” she said.

Emily disagreed that remaining neutral would be spineless, and said it was “a bit harsh”. Michaela doubled down: “That’s how I would feel if we didn’t take a stance.”

Struggling to come up with reasons why Michaela wasn’t right, someone pointed out that not all exec members were present, so maybe they should wait until the next exec meeting to make a call. There was some back and forth about if they could pass a motion via email (they can’t, but they tried to anyway). Georgia argued that as the Exec knew that this conversation would be taking place, that they should only need two hours notice to email in a vote. Jack Manning graciously extended that to four hours notice. “If someone doesn’t get their vote in, then they don’t get their vote in,” Georgia said.

The vote, which took place over Facebook messenger, was six in favour of taking a stance, and two against. Three exec members either did not vote at all or abstained. It was unclear, and when Critic looked into it, an OUSA spokesperson said that some exec members did not want their names and votes to be shared.

The only executive members who shared their votes with Critic were: Josh Smith (‘yes’), Michaela (‘yes’), Georgia (‘no’), Emily (‘no’), Josh Meikle (‘yes’) and post-graduate Representative Hanna (‘yes’). Jack Saunders told Critic that his internet had cut out while travelling and did not get to his destination in time for the 5pm deadline, so he didn’t get a vote. President Jack Manning thought that he was ineligible to vote as he was the chair, but as this wasn’t in a meeting and was on Facebook messenger, he could have voted.