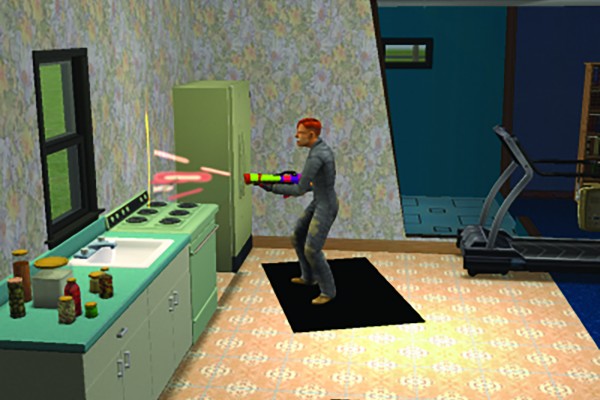 Was too drunk to call the cops

A flat a stone’s throw from the Clocktower would’ve been burglarised last week if it weren’t for the heroic efforts of an upstanding young Kiwi. Thom Harrison (6’7”, 120 kg, single) was surprised to see “this fuckin’ random dude just taking shit outta my mate’s flat”. The scraggly stranger, clad in hi-vis, was moving TVs, speakers, and other flat valuables out into the yard.

Thom, flanked by a cadre of Irish ladies, confronted the man. “I noticed he was wearing an OUSSC hoodie, which was weird, because I’d never seen the guy at an OUSSC event.” When Thom asked the “shady looking old bloke” what he was doing, the burglar claimed he was “repossessing some stuff from the flat” as payment for a debt. Thom’s detective instincts kicked in, and he further pushed the matter. “I told him, ‘No fuckin’ way you’re repo-ing this flat, what, at 1:30 in the morning?’ Get fucked.”

According to Thom, the thief begrudgingly obeyed, leaving behind the valuables and removing the OUSSC hoodie (which he’d stolen moments earlier), before taking off into the night. One of the Irish ladies didn’t seem to have cottoned on to the situation, begging our hero to “stop being so rude to him” and “at least offer the poor guy a ride home”.

It wasn’t all peachy, though; some items were smuggled away in the culprits rucksack. It was a real cash-cow of a night for the man. He made off with two toiletry kits, some contact lenses, a set of bike lights, and a shaver.

The victims report that their “hygiene has really gone to shit ever since,” lamenting “I haven’t been able to brush my teeth or see clearly for two weeks”. The owner of the nearly-stolen rollerblades “would like to commend Thom for saving my shit,” noting that “they don’t make that model anymore and you can’t buy a decent pair anywhere on this fucking island”. The flatmates, passed out after a big Thursday night, were all home when the crime occurred and slept through everything.

Had Thom taken another route home from town, he would’ve missed the crime. Had the thief entered the unlocked flat outside of that two-minute window, he would’ve been able to load the gear into his mate’s getaway car uninterrupted. Thankfully the stars aligned, and Thom was able to put an end to the villain’s crime spree.

“Being a hero really feels just like not being a hero. I’m just glad there’s one less evil-doer on the streets.” Thanks to Thom’s quick thinking and fearless actions, the alleged thief and an accomplice have since been caught by police. The Dunedin police confirmed that they are due to appear in court in the coming week.

This wasn’t his first crime. If you believe you’ve been robbed by the Repo-Man Bandit, we want to hear your story. Send a note to fox@critic.co.nz.