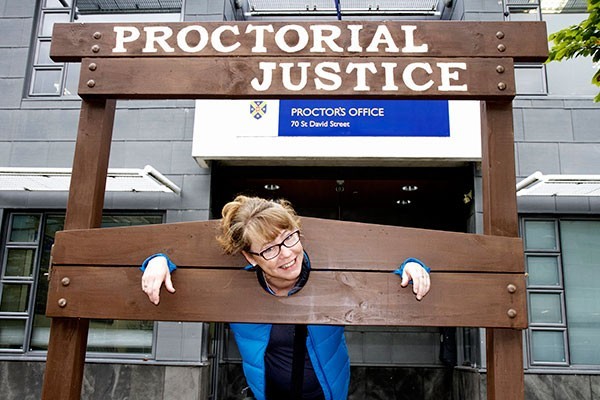 This seems totally fine and normal

Non-students have paid $1480 in what the Proctor describes as “voluntary reparation” on six separate occasions since the start of 2019, according to information released to Critic under the Official Information Act.

Initially, the University denied that non-students had ever been subject to formal or informal discipline by the Proctor. The email response stated that “The Proctor only has disciplinary authority over students, and has not purported to take any form of disciplinary action against any non-student.”

But in the same response, they stated that “On occasion the Proctor may have dealings with non-students.” Those occasions are generally when there is property damage involved and “the Proctor may seek the agreement of a non-student to pay voluntary reparation”.

“The Proctor has been able to identify these instances of voluntary reparation by non-students recorded in his files from the start of 2019,” the email states. Six incidents are identified with varying levels of reparation (sometimes none) paid as a result.

In another recorded incident, a non-student damaged two cell phones, and the Campus Constable became involved. The non-student paid $575 directly to the people whose phones were damaged.

Another incident involved a non-student who “destroyed” a tree on campus. They had to pay $545 directly to the University.