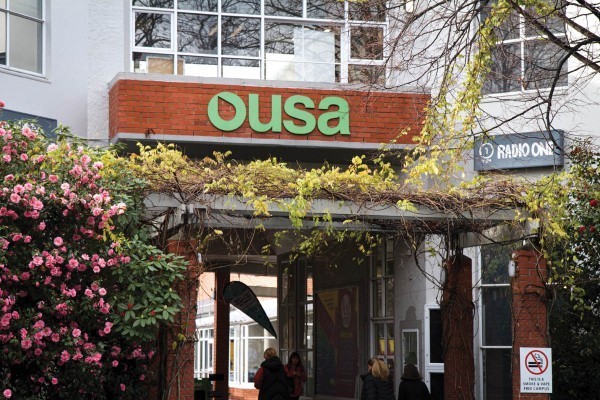 What the Exec Have Been Up to

Hold onto your hats, this is a wild ride

Every quarter, the OUSA Exec try to convince Otago students that they are busy and important people. As you can imagine, their reports are rollercoasters of tense emotion where each exec member tries to justify the amount of student money we give them. So you don’t have to sit through their exceptionally tedious pandering, Critic has summarised them for your reading pleasure.

“This quarter has gone by slower than paint drying underwater,” wrote Jack Manning. He juxtaposes the second quarter with the first quarter which went “by faster than a toupee in a hurricane”. Critic hopes Jack will continue to experiment with language in his future reports.

Jack has set five very broad goals in his report. The first goal is “student safety”. This is specifically unrelated to Covid-19. Jack broke this down into four different things: getting a spectrophotometer to test drugs, improving the Uni’s Sexual Misconduct Policy, establishing a sensory room on campus, and working with James Heath and Hannah Morgan to put the funds from Morgan’s swim across the Foveaux Strait towards mental health services. Weird, considering her charity swim was in January of 2019, but ok.

He also wants to hold local body officials to account, actively support the Executive, advocate for students and govern OUSA during the Covid-19 pandemic. All of these things sound like a part of his job description. Another of Jack’s goals was “general election and referenda” and he thinks “this is progressing incredibly well”. It would probably be difficult for Jack to prevent nationally-organised elections from occurring.

Georgia said in her report that she actually developed the formatting guidelines for the Exec Reports, so it was disappointing to see that the numbers in her report were in Calibri (Body) 11pt font rather than Arial 10pt font. Sloppy work.

Font discrepancies aside, some of Georgia’s goals are good. She wants to establish an OUSA sexual misconduct policy and she has worked on establishing a business advisory board for OUSA. She also wants to improve sustainability within OUSA by employing a new staff member. Georgia seems excited about the idea of a sustainability week, writing that “we have planned … a market day, an ‘activation day’ where groups can pitch sustainability ideas and win $35,000 to implement the idea, a quiz night, recreation events, fast fashion/wearable arts display, busses, a submissions party and more!” Who knows what benefits “more!” will hold?

Some of her goals were bad: she wants to establish an Executive Code of Conduct which, presumably, regulates what the Exec Members (multiple of whom work a full ten hours each week) can do in their spare time. That seems weird, but Critic is keen to report on all the times the Exec members break their own Code of Conduct, so go for it.

This was easily the most boring report but, on the upside, it was meticulously numbered and formatted. Josh has been doing a lot of FRAC-ing (Finance, Risk and Audit Committee-ing) over the past quarter, which is as thrilling as it sounds and has nothing to do with injecting pressurized liquid into bedrock.

He will be “addressing the topic of our cash and portfolio investments” after engaging a financial advisor for OUSA in the last quarter. He will also be running some campaigns and club initiatives during Politics Week and Sustainability Week. There are other goals, too, but they are basically just providing some information about OUSA to students.

Jack admitted in the Exec meeting that he had been on holiday when the quarterly reports were due, and had forgotten to write his. He apologised, describing it as being “rushed” and “sparse”. Jack Manning unironically praised him for saying sorry.

“Even though I didn’t necessarily complete my goals, the traction and headway I’ve made [in the first quarter] has been really rewarding,” Jack Saunders wrote in his report. He doesn’t specify what the “traction and headway” is (perhaps he bought some new chains for his car), but Critic agrees with the general vibe of this sentence.

He set two clear goals in his report, although there could be others buried in there somewhere. Basically, Jack wants to have the Rate My Flat website, which is being developed in collaboration with Bamboo Creative, “completely up and running before the end of the year”. He is also working on a flatting magazine which will be released later in the semester. In the Exec meeting he also announced that he had begun establishing the Residential Assistant network, but soon admitted that this was a “group chat”, and that a focus group had or would be arranged soon. He agreed that he would go away and write more stuff in his report, and next meeting they would decide whether to pass it or not.

Michaela set six specific goals. They all seem achievable and not too broad. Somehow, that meets a very high standard for an exec report.

Michaela wants to develop an OUSA sexual misconduct policy, which she was already working on, but it was delayed by Covid-19. She also wants to “establish an OUSA Ombudsman” but then writes that “it is not specifically an Ombudsman we are looking into”, which is confusing. Basically, in collaboration with Thursdays in Black, she is aiming to establish an “independent investigator” and figure out how to fund it.

Michaela is also looking into establishing a mental wellness week, which is exactly what it sounds like. She also wants to continue the partnership with Wā Collective of providing subsidised menstrual cups, but hopes to be able to provide them to menstruating students for free in the future.

“Lobby for fireworks over the University Clocktower for Matariki,” is another of Michaela’s goals, which sounds pretty fucking cool, but she writes that it is “not high on my priorities” (sad). Lastly, she wants to “investigate the creation of a Queer Space” on campus, which was delayed due to Covid-19.

Emily’s report was an enigma. One of the paragraphs is 411 words long, which is the ideal length to make a paragraph that you don’t want anyone to read. What secrets are buried within that paragraph? Critic will never know.

Emily noted that she has achieved her goal of sustainability, because everything was transferred online last semester, so paper waste has been significantly reduced. Critic wishes to congratulate everyone in the world for cutting down on paper waste due to the global pandemic: collectively, we have achieved an OUSA goal. Emily’s continuing goals are to get all lecture recordings online, permanently, and to continue the class rep programme. She also mentioned some mysterious unnamed goals: “[s]o many things arose in this that required my attention and time that my larger goals did take somewhat of a back seat.”

Francesca’s report is very concise and boring. At an estimate, the headings of her report make up about 25% of the content. Her goals are basically to get students to vote in the general election by developing OUSA campaigns and providing information. She will be summarising policies in “policy deliverables” for students. The Exec were dissatisfied with the length of the report and Francesca admitted that there were things she could have added. Her report did not get passed – instead, she has to add some more stuff and bring it to the next meeting. As someone who has to attend exec meetings, though, it should be noted that she is often working on and submitting submissions so her sparse report does not necessarily indicate that she isn’t doing her ten hours.

Karamea has two ongoing goals to achieve: making the Te Roopū Māori whare more open to students and organising fortnightly te reo classes and kapa haka classes. Both of those were impossible because of Covid-19 but they seem to be going well now. As an ex-officio member of the OUSA Exec, the Exec don’t get to decide whether or not they are happy with their work, they just ‘receive’ the report.

Joshuaa is a rule-breaker. He used Times New Roman 11pt font instead of the prescribed Arial 11pt font. I respect that decision. Opting for a serif font rather than sans serif made his report much easier to read.

Josh submitted his report and swan song the day before he resigned. That’s not to say it’s good or interesting, but it was his final act after two and a half years in the position of Clubs Officer. Like many other reports, it was sparse and incredibly lacklustre.

His story is one of struggling to get things done “due to Covic-19 [sic] and the ensuing isolation”. He had planned to develop an external funding guide for clubs but ditched that plan after being “told that this goal is not realistic”. He also notes it was “extremely difficult” to keep engaged with the clubs during the first semester, but he says he “taught numerous meditation and yoga streams” online during lockdown.

The rest of the Exec were unhappy with this report. In previous years, an exec member who could not prove that they worked their full hours could face financial consequences. Quarterly reports coincided with the quarterly lump-payment for their job. This was changed in 2018 to a fortnightly cycle. Now, if an exec does not believe one of their members was doing their job, it’s too fucking bad. Michaela, Georgia and Emily all pointed out parts of Josh’s report that they did not think was accurate, such as Josh’s claim that his job was least able to be adapted to Covid-19 than the other exec roles. Because Josh resigned and has already been paid, there is no obligation for him to defend these claims. He didn’t come to the Exec meeting where they discussed his report, but he did give them permission to discuss it. They almost didn’t talk about it at all, but Michaela pointed out “he did get paid for this quarter”.

“I look forward to increasing my activities once things start up again,” he writes, still hopeful. Josh’s report tells the story of his dreams being crushed.

Hanna has many goals, most of which boil down to increasing postgrad wellbeing and ensuring clear lines of communication with the University and postgrad students. This quarter she intends to lobby hard for the re-establishment of the postgraduate student allowance, by running “petitions/protests if necessary”.

The main thing that Hanna lobbied for over the past quarter was the establishment of Pūtea Tautoko, the Covid-19 hardship fund administered by the University, as well as ensuring that the fund criteria took postgrads into account. She describes this as “immense work” which had been the “grunt of this quarter” for her. She “cannot wait” to continue her work administering that fund.

Arina has three goals. First, she is working on an information booklet to inform international students about their rights. She hopes it will cover rights in the workplace, immigration, tenancy, and health, and is aiming to get a draft done this quarter.

She also wants to provide more mental health and wellbeing support for international students, and notes that last quarter she collaborated with Silverline to provide wellbeing chats about homesickness online. Finally, she wants to make cultural diversity more visible at Otago and is planning the International Cultural Carnival for September.