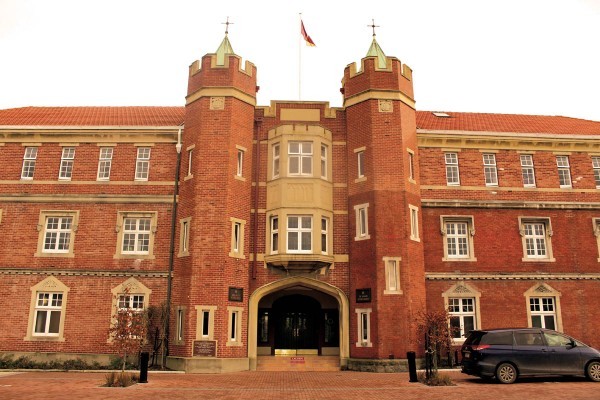 What is a ‘ring-fence’, anyway?

Otago’s private residential colleges claimed a combined total of $789,893 under the Covid-19 wage subsidy. Turns out a chunk of this was surplus to their needs, so some money will be returned.

The wage subsidy is only available if a business can show a 30% reduction in monthly revenue due to Covid-19. Most of the residents at the privately-owned colleges continued paying their fees, with the same $120 discount per week as the university-managed colleges.

OUSA Residential Representative Jack Saunders spoke with the head of one of the affiliated colleges who was considering paying the money back to the government. “Given that everyone signed a contract at the start of the year declaring their payment schedules, the college would have had to manipulate the payment schedules in order to utilise the wage subsidy (to show a decrease by 30% of income),” Jack said.

Basically, Jack means that if the college allowed residents to pay less than they owed and lost 30% of income that way (e.g. by saying that residents who left the college could stop paying fees), that would have been a dodgy way to claim the wage subsidy.  “The college head I spoke to said that they felt this would be a dishonest way of accessing the subsidy, and could have some pretty severe implications down the line,” he said.

St Margaret’s College is unlikely to pay back the wage subsidy. Dr Charles Tustin, the Master, stated that they lost “income from a significant conferencing/events/functions operation which had to close down entirely on account of the lockdown,” not just from residents. The college claimed $181,221 for this lost income.

Tustin does not anticipate that the planned events which make up part of the college’s income will be able “to resume during 2020”.

Selwyn College claimed $225,592. But Warden Luke McLelland said that the “Board explicitly determined the funds would be ring-fenced and not used until clarity regarding uncertainty had been addressed”.

After assessing the April financial accounts and realising that residents would soon be able to return, the Selwyn College Board decided on 5 May that the wage subsidy was no longer required. McLelland said that it would be “returned in full to the government”.

Selwyn also gave residents a rebate of $120 per week to students who had left the college, but McLelland said they are in an “ongoing dialogue regarding accommodation fees and the financial implications faced by residents and whānau as a result of Covid-19”. He said that this “includes deliberation to any financial adjustment beyond the current $120.00 per week rebate”.

Knox College and Salmond College, which are both owned by the same not-for-profit, together received $384,080. The Head of Salmond, Nick Bates, said that the Board had considered a range of scenarios and “deemed it prudent and appropriate to apply” when the Covid-19 pandemic struck.

Like Selwyn, Knox and Salmond “ring-fenced” the money for the possibility of a 30% drop in income. They will refund it if that does not occur, but did not provide any indication of whether that is likely or not. They have kept the government up to date on their situation.

Jack trusts the privately-owned colleges. “This, to me, is where the affiliated colleges were ultimately coming from – helping those who genuinely needed it and not utilising government assistance dishonestly and risking the blowback,” he said.

“A few parents of students who were in better financial positions decided to donate their $120 per week rebate back into the hardship fund of the college I spoke to, to try and help those who were most affected,” Jack said.