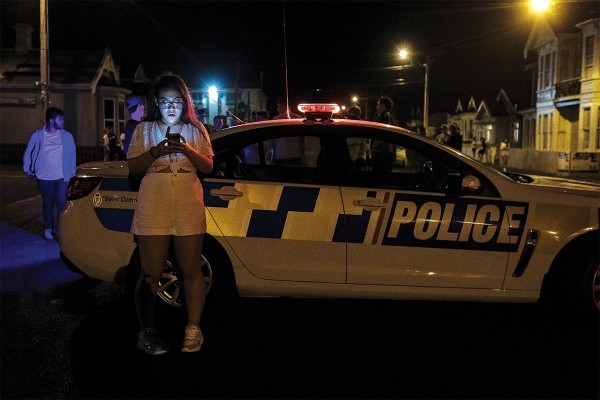 Noise Complaints on the Rise Since Lockdown

Picture this: you’re having a rave with your ten friends. Yeah, it’s loud, but this is North Dunedin ffs. Not like anyone’s gonna call noise control at 10:30 on a Saturday. But then, as you’re blasting Poi E and dancing alluringly in view of the breathas across the fence, a noise control officer shows up. It’s over. Dejected, you take the little piece of paper from the noise control officer and turn the music off.

Both the DCC and police confirmed that noise complaints have increased throughout the levels of Covid-19 lockdown. This is the real and tragic story of a second year, living on Forth Street, who had her party shut down at 10:35pm on the first Saturday of Level Two. She told Critic about her ordeal.

It “was the first night my flat had been back together since we all left Dunedin,” she said. “We live in a big complex that is known to be quite rowdy.” She and her flatmates made the assumption that noise control would not be as strict at Level 2.

They invited over six friends. But then, due to unspecified “drama” that had “unfolded at our casa earlier, it was just the four of us [flatmates] jamming Poi E on full blast”. They got ticketed “at 10:35pm on a SATURDAY NIGHT when our speaker is the quietest in the complex,” she wrote in a message on Facebook. “It was ratchet.”

The flatmates now believe that someone else in their complex is out to get them. But the story begs a bigger question: why are police and noise control officers cracking down on loud noise because of the lockdown? Is loud noise a health risk?

“Anecdotally, often breach reports regarding gatherings will include information about noise coming from a property,” said Area Prevention Manager Will Black.

But that doesn’t mean your loud party will necessarily get you in trouble with the law. The police are using a four-step approach to monitoring the Level 2 rules, and they are ”focused on engagement, encouragement and education with enforcement activity used for serious or persistent offenders,” Black said.

DCC Manager Compliance Solutions, Ros MacGill, said that the “Dunedin City Council has noted an increase in noise complaints in North Dunedin and elsewhere in the city since the transition to COVID-19 Alert Level 2.” Noise control officers issued four excessive noise directions on Forth Street last weekend, she said.

“The only reason noise control would visit is if a noise complaint has been made. The best way to avoid noise control being called to a party is to keep the noise level down,” Ms MacGill said.

She does not think that noise is being used as an indicator of the size of a gathering. “The size of the gathering is irrelevant [in terms of noise control],” she said. She also confirmed that it does not matter what time it is, if the noise is found to be excessive.

“Some restrictions remain in place at Alert Level 2 and we need to continue sticking to the rules,” said Will Black from the police. “We need to stay safe and this means maintaining physical distancing with strangers, not holding or attending mass gatherings and always following good hygiene practices.”