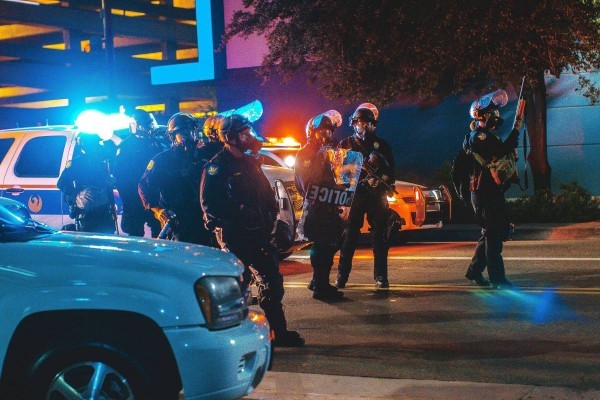 Cops Get Back-up From Aviation Security to Monitor Parties

Like Paul Blart, if he worked at an airport

Aviation Security (AvSec) officers have joined Campus Watch and police in foot patrols on the streets of North Dunedin.

The AvSec officers, who wear black uniforms without hats and are not trained police officers, do not have the power to enforce Level 2 rules. A police spokesperson confirmed that AvSec “do not have any police powers”.

“If AvSec were on patrol and came across a large gathering, they would advise police so they could respond,” the Police spokesperson said.

The spokesperson for police said that the “Police has generally been very pleased with the behaviour of residents in North Dunedin as we moved into Alert Level 2”. Jack also confirmed that “from what [OUSA] have seen, the vast majority of students have been excellent in the transition to Alert Level 2 and the adherence to the lockdown rules”. Sorry, boomers.

“As a person who has been living in the student area throughout the lockdown, students have been remarkably compliant and we don’t need additional babysitting by airport security officers,” said one fifth year student. “It’s like the government thought ‘oh shit we have to keep paying these people [i.e. AvSec] so we better give them something to do’.”

When asked why AvSec were patrolling, the Police originally sent Critic a media release from 29 April, and said that AvSec themselves should be able to give Critic the specific details. AvSec would not comment. They said that police were the lead agency in terms of the combined patrols.

The Police then confirmed that “Aviation Security staff continue to assist Police with reassurance patrols in North Dunedin and the wider Dunedin area.” They did not state why AvSec support was still needed under Level 2.

A media release from 29 April on AvSec helping police said that the AvSec officers’ role was mainly “educating [members of the public] on Covid-19 related matters”. The release also stated that AvSec’s “black uniform, like the blue uniform we wear, says to the public you will be okay and we are here to protect you, your family and the public”.

The initiative where AvSec officers joined police officers was announced before lockdown in order to ensure compliance with Level 4 rules. It continued through Level 3 and now Level 2. It is unclear how long AvSec will continue to assist police for.