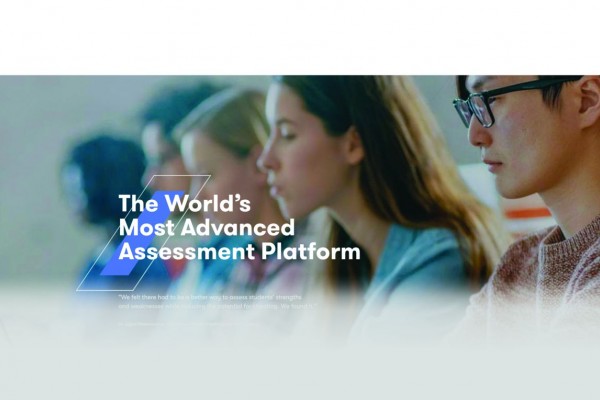 Fresh off announcing their long-awaited exam timetable, the University lobbed a curveball at Accounting students and the massive Health Science First Year cohort on Tuesday afternoon by informing them that their exams would be surveilled. Many students are concerned.

Yes, you read that right. In order to preserve the integrity of their competitive entry courses, the University has brought in examination software company ExamSoft to use their “Examplify” program to administer exams for twelve different papers.

Examplify blocks students’ access to the Internet, as well as their files and apps on their computer during exams. They’ll also take a picture of you during a mandatory practice assessment, and use the biometric data gathered to verify your identity when your actual exam takes place.

Because Internet access is disabled, Examplify will record every student using the device’s camera, microphone, and screen capture software throughout their exam, and then feed it to an artificial intelligence which will “watch” your entire three-hour recording to check you weren’t cheating. If it does think you were cheating, it will refer you to a university staff member for further investigation. Students got in touch with Critic to relay their concerns, namely over privacy, but also that they had not been consulted nor had not given their consent to be recorded.

In a statement made to Critic by Emily Coyle, Academic Representative to OUSA, she said “I can’t speak highly enough of the University team who have been working tirelessly to ensure that this software and the corresponding process is as straightforward and simple but also fair for students.”

“I’m fully in support of this as the best possible method to sit competitive entry/accreditation exams under the current circumstances.” She encourages students who still have questions to reach out to her.

However, not everyone is happy. Multiple students have written into Critic expressing their displeasure at the new system, with one summing up the system by calling it “intrusive” while another said they “definitely do not feel comfortable with the software being on my computer and having access to my webcam”.

The University responded to student concerns over the potential privacy issues this software raises. In a comment to Critic, the Registrar and Privacy Officer, Chris Stoddart, said that he, “the Deputy Privacy Officer and the IT Assurance and Cybersecurity Office have liaised with ExamSoft and completed assessments to ensure privacy and data security provisions are appropriate”.

Those provisions won’t please everyone however, as ExamSoft and their partners are entitled to store the recordings and other data for up to thirteen months after the University’s contract with them ends. However, as long as the University has a contract with ExamSoft, that data will remain and potentially stay in the system for a long time to come.

Opinions definitely seem to be mixed over the new system, with many students citing inconveniences such as being unable to use the bathroom during the exam or not having the ability to work somewhere quietly as they share a room/live at home. Whether the University has any plans to help remedy those issues remains to be seen and, until then, the majority of the student population doesn’t seem to be on board with the new technology.