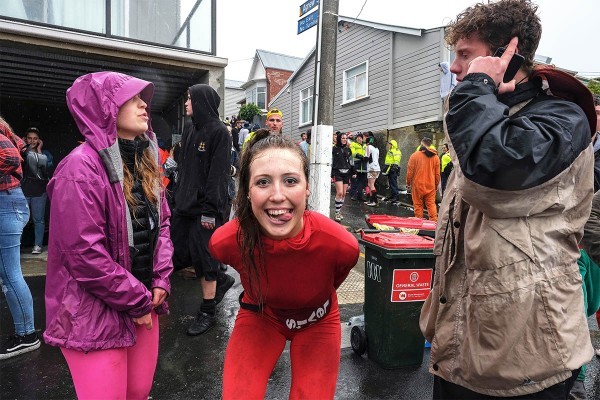 Students Will Vote on OUSA Support for Agnew

As the Beastie Boys once said, you gotta fight for your right to party

The upcoming OUSA referendum is likely to determine whether OUSA will support the Agnew Street Party.

Question 10 of the upcoming OUSA referendum will ask students whether “OUSA [should] investigate co-hosting Agnew Street with the Agnew Street Residents”. The referendum cannot force OUSA to do anything, but it will provide them with student views on the party.

“Whatever the results, the important thing here is that the student voice is central to the decision about the Party’s future,” OUSA President Jack Manning said.

According to Jack, the OUSA exec believes that “in its current form, the Agnew Street Party is a dangerous event.”

“We will continue to talk with residents, and use the results of the referenda to guide our decision making.”

OUSA officials were present at the debrief for the 2019 party, where an alcohol ban over Agnew Street was suggested. Jack told Critic that OUSA would not support an alcohol ban.

“Such a mandate on student behaviour runs the risk of driving those who choose to drink underground into scenarios that may be even more dangerous,” Jack said. “Whatever response there is to the Agnew Street Party must be owned and led by the residents.”

The draft referendum question on Agnew lists the pros and cons of OUSA involvement with Agnew Street.

The considerations posed by the exec include student safety, “long-term success and existence of the party”, “effect on freedom of event”, and that OUSA’s event department would require an expansion.

Documents released to Critic under the official information act showed that emergency services, including police and emergency department staff, were concerned about the party going ahead in 2020.

Voting in the referendum opens on 25 May at 9am.