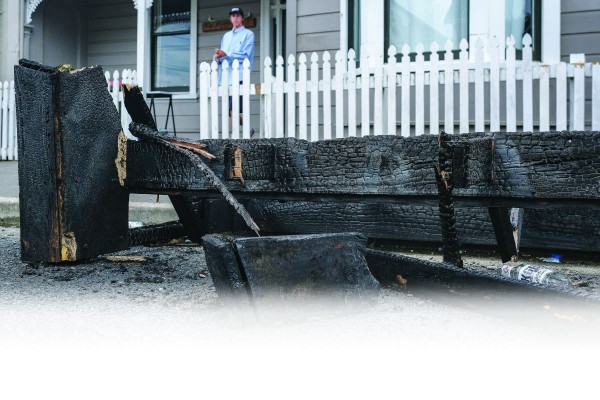 The Proctor asked police to arrest and charge students with couch burning offences, according to emails released to Critic under the Official Information Act.

A spokesperson for the University of Otago said that they “continue to expect the Code of Student Conduct to be the principal means of responding to student offending.” They said that “the University has long made plain its zero tolerance approach to students lighting fires due to the inherent and serious dangers this activity poses.”

A chain of emails from 30 September 2019 until 7 January 2020 show the Proctor repeatedly asking the police to make more arrests for couch-burning. The Vice-Chancellor emailed police to support the Proctor’s position in January.

When an Otago Polytechnic student arrested for couch-burning in September 2019 was released by police with a pre-charge warning, Proctor Dave Scott described the outcome as “disappointing”. He requested that “anyone caught lighting a fire, or adding to an existing fire in North Dunedin be arrested and at the very least a diversion [a less formal type of warning] being progressed” in an email to police on 30 September 2019.

Superintendent Paul Basham said “I am reluctant to get involved in a specific case but happy for police to engage with the University on the broader issue.” He passed the Proctor’s request on to Inspector Matenga Gray, who ghosted the Proctor for a month.

The Proctor emailed again on 30 October after “four more fires on Saturday night in the Castle/Leith Street area”. He told the police that they should “arrest and pre-charge warn” students caught couch-burning “back to the Proctor’s Office for us to deal with them”. For non-students, he said the police should “arrest and charge” or take their names so they could be summonsed by Campus Constable John Woodhouse.

“I have not had any names forwarded [from a couch burning incident over the weekend] and S/Constable Woodhouse cannot find any arrest charge sheets,” the Proctor wrote. “It would appear no action was taken.”

Otago Coastal Area Commander, Inspector Matenga Gray, refused the suggestions in his reply on the same day. He said that “[a] ‘blanket’ approach doesn’t fit with our intent and it’s a case by case issue for us”.

“Merry Christmas,” the Proctor wrote on 3 January 2020 before advocating for a stricter approach to couch-burnings for the year ahead. He passed on the statistics on 2019 couch fires, which increased from 13 in 2018 to 43 in 2019.

“History has shown us that strict enforcement is the only solution that works,” he said. “I would very much like to see 2020 as a year we again put our collective feet on the throat of this re-emerging issue.”

The Proctor raised the concern that non-students (“young tradesmen and apprentices”) in North Dunedin were not being held to account. “We are, largely due to the CCTV network in North Dunedin holding students to account under the Student Code of Conduct where there is evidence of fire lighting,” the Proctor said. “The piece of the puzzle that is missing is holding non-students to account in a consistent manner by police.”

Vice-Chancellor Harlene Hayne emailed on 7 January to add her “strong support” to the Proctor’s position. “In the wake of [redacted] tragic death last year, the University is working tirelessly to make changes to the safety of North Dunedin.”

A University spokesperson confirmed that the University “has highlighted for the Police that many non-students are attracted to the campus area and engage in criminal behaviour that endangers students and sees them unfairly blamed for illegal activity.”