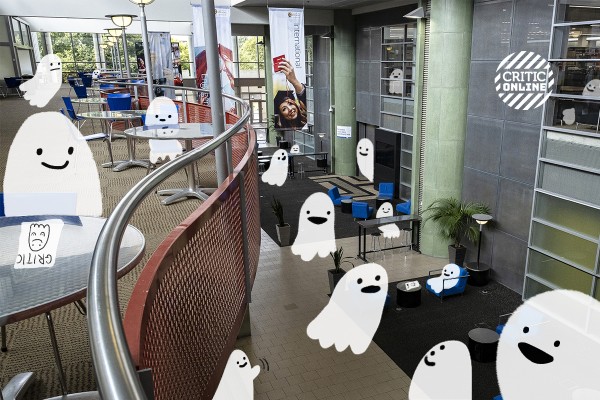 Last week, thousands of students left Dunedin. Many of them did not want to. For many, their parents had bought tickets for them, and getting on that plane was not a choice. However, it seems that for most students, as soon as their flatmates packed their bags, they packed a bag, too. There was no way they would suffer through this lockdown on their own.

It was, and still is, the uncertainty of New Zealand’s Covid-19 lockdown that had parents and students scrambling to book flights. It is a kind of anxiety that most kiwis our age have never experienced; we rely on our parents to know when it is time to go home. And so many thousands of us did. We flew back to our nests regardless of the risk involved or packing into a plane full of strangers who may or may not already be sick.

I was lucky. My parents understood that I wanted to stay in Dunedin, but as soon as my flatmates said they were going, I felt like I had no choice but to leave, too. It didn’t go down this way for every student, though.

Erana certainly never had that choice. Her whānau were “shit scared” she said, and were one hundred percent “prepared to buy me flexi-date plane tickets for each week until they finally closed Uni” and announced Level 4 lockdown. She “originally wanted to stay for my work ethic, own space, and friends,” but that from the start it was set: her family were bringing her home.

She caught the first plane out of Dunedin on the Monday morning, before the Level 4 lockdown was even announced. She took a risk by leaving uni so early, but she believed that the uni wasn’t moving fast enough. She was right, and considers herself lucky to have acted on it.

Sana fully intended on staying in Dunedin, too, but her family facetimed her everyday. Her mum would say “so you’re coming home tomorrow, yes?”. It was the same deal for Ben, whose mum had been “stressing out for a while before the lockdown.” They would both eventually cave and catch a flight. Ben might be stoked to not have to cook for the next month, but would “miss the boys.”

For students with compromised immune systems like Michael, self isolation is an expectation regardless of being in Dunedin or back home. He said he would have been happy to stay isolated in his flat, but wanted to give his family “peace of mind.”

Theo had to come home because “my dad reckons the world is gonna fucking end” and wanted to make him feel better. In his, and in most, cases with students I spoke to, his parents paid for all the travel costs. He felt like there was no excuse not to go, even though he has to keep himself quarantined from the rest of his family in his bedroom for the next two weeks. He only has a twinge of regret - he misses “vape juice, fibre internet and alcohol.”

He, like most students at home, will just have to ration his vape juice and find a way to stop the smoke from seeping under his bedroom door.