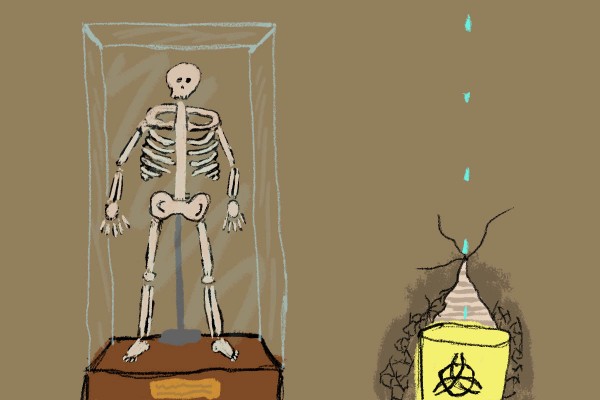 Anatomy Department No Longer at Risk of Being Shut Down

Champagne was popped. Tears were shed. The people rejoiced. (The people = Critic)

At the end of last year, the Department of Anatomy popped their pussies and reversed their Critical Non-Compliance issue. Now, they have a clean slate and are considered fully compliant.

Last year the Anatomy Department was at risk of being shut down by the Ministry of fucking Primary Industries (MPI). MPI issued the Department with a “Critical Non-Compliance” with safety regulations last September following three consecutive minor non-compliance breaches over the previous three audits. Snitches.

Professor Lisa Matisoo-Smith, Head of the Anatomy Department, told Critic at the time that the latest breach was due to “people not wearing lab coats and some missing (but quickly located) paperwork”. Previous breaches included non-compliant lab furniture, out of date bleach bottles, waste disposal systems, water damage to a laboratory wall lining, an open window, as well as general untidiness.

The MPI told the Department that just one more non-compliance in their next audit would likely shut the whole Department down for an unspecified amount of time.

Matisoo-Smith told Critic that the whole Department took this very seriously, and would be working hard to fix these issues. They did, and they passed their December audit, thereby reverting back to a ‘fully compliant’ status.

According to Matisoo-Smith, the Department had a “full review” of all compliance systems, training and their laboratories. Anatomy got decked out in new systems for managing paperwork and permits, and now track the absolute hell out of the place to ensure full compliance and consistent protocols. Matisoo-Smith is now “confident that our new systems will ensure that we will remain fully compliant in all future audits”.