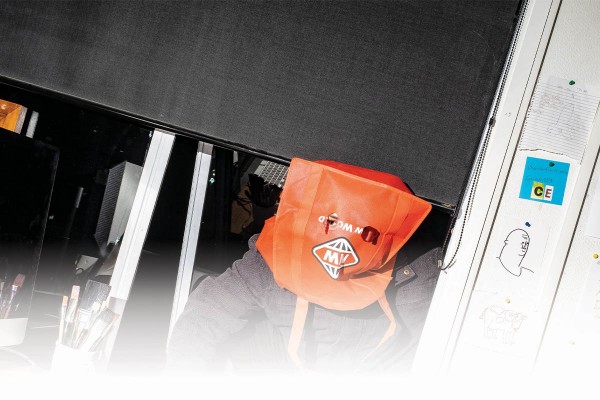 On Friday evening, a Critic intern’s house was unlawfully entered and burglarized by an unknown assailant in an event that is all too common for students. The intern said he felt a “bit sad”.

The intern’s band’s two guitar amps were taken, as well as a cordless electric drill, and, most dishearteningly, the intern’s red Doc Marten’s. “I really loved those shoes eh,” he said, lacing up a pair of ‘Old Skool’ Vans. “They were so comfy.”

The intern is not the only member of the Critic community to have a house-based crime committed against them. Interns, in particular, seem to disproportionately suffer from home invasion crimes.

“My flat was broken into last year and somebody left an absolute beast of a shit in the bathroom sink,” said another Critic intern.

“One time a guy came into our flat and punched the bathroom wall. Have no idea who he was,” said one Critic staff writer about an event late last year.

Property crime goes further than Critic offices. An ex-student, Michael, contacted Critic to report that he witnessed a trespass turned violent at his neighbour’s flat on Leith Street. He said that the wooden fence of the property was smashed, and the wood was then used to smash the window of the property. Campus Watch told him that the offenders were non-students from Gore.

Michael blames the incident on heightened numbers of drunken students around the area. “I’ve never seen the Octy so dead,” he said, and went on to comment that the closure of student bars was a “dumb idea” that forced students onto the streets.

“Police take reports of burglary and theft seriously. We are not aware of any noticeable increase or decrease in reports of burglary in North Dunedin over recent years,” said Inspector Will Black. “We do typically see an increase in reports at this particular time of year. One reason for this may be due to students returning to flats which have been vacant for a number of months and discovering property has been taken.”

Police recommend three methods to reduce break-ins and robberies. First: Make sure you have a door. Two: Make sure this door is closed. And three: Make sure you lock your door. Unfortunately, the Critic intern only followed one of those recommendations. “Look I’ve always been a free spirit and quite frankly I could never be bothered to find the key. It seems like a lot of work.”

Presently, the intern is in the process of sorting out his insurance, but states he is “gonna maybe get, like, navy blue Docs this time. I reckon they’d be pretty sick.”

If any reader finds a Peavey Bandit 112, a Roland Strike 40 guitar amp, or a pair of Red Doc Martens (size 39), please contact Critic.