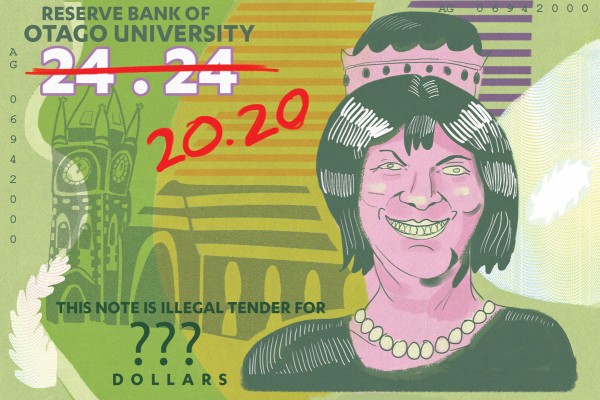 University Pays Staff Less If They Are Students

The University is paying staff members more than $2 less per hour if they are enrolled as a student.

PhD student Kirsten Gibson discovered the wage discrepancy recently, when she applied for a Research Assistant position. Kirsten received her contract only to find that the pay scale had been subtly changed. When she reached out to HR to request the advertised wage, she told was that “[t]he rate advertised applies to the General Staff Agreement, student rates are not advertised.” “If this doesn’t suit, you have the right to decline the offer,” HR told her.

These casual and professional scales apply to a wide variety of staff positions, including chefs, plumbers, and electricians. They also apply to both part-time and full-time positions, which means if you’re a full time worker taking one paper, then the University will finesse you out of thousands of dollars.

“I feel it's exploitative and it seems to be yet another thing this university does that makes post-graduate students like they don't matter,” Kirsten said. “My experience as a post-grad is continually tainted by the institution.”

Postgraduate student Laura Starling worked as a Research Assistant for over a year before the difference in pay was brought to her attention. Laura believes the University is exploiting its students. She said “once I was made aware of the pay difference I was shocked. So was everyone else I told - fellow students, academics, administrative staff. Not one person I spoke to was aware of the two separate pay scales.”

Despite her inquiries, nobody that Laura spoke to was actually able to explain why there was a difference. “There’s no clear justification beyond the fact that general staff are on a collective agreement, and student staff are not. To me, that’s not a good enough reason to pay someone less for the same job.”

The pay gap has been raised by individual staff and HR employees, but to nobody's surprise the students involved have seen no sign of change.

Kirsten says that the pay gap is hypocritical considering the ‘Health Yourself’ campaign run by the University, which is focused on making sure students are leading healthy lives. “Health Yourself - but we won't pay you a fair wage so you can pay for medical care, decent food, etc.”

She believes that this problem isn’t tied to any one department, and is instead “a university wide issue”. Kirsten has found that none of the academic staff she has spoken to was aware of the two separate scales existing, and “that they’re all horrified that they do”.

OUSA Postgraduate Representative Hanna Van der Giessen is aware of what has been going on, and has said that it is “discriminatory against the student population, and puts them on the back foot from the start of their academic career”.

This is not the only issue that has been discovered with the pay scale. Kirsten also found that, until recently, the lowest bracket on the student casual scale was below minimum wage. After the problem was raised with the University it was swiftly changed to minimum wage.

The University did not respond in time to comment on the issue.