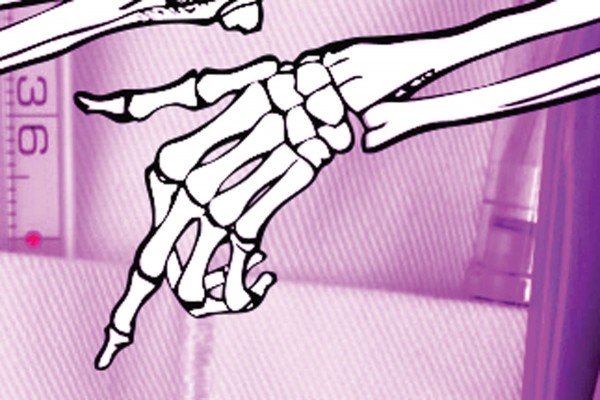 The Otago Department of Anatomy is at risk of being shut down by the Ministry of Primary Industries (MPI) after being issued with a “Critical Non-Compliance” with safety regulations during their latest audit.

The Critical Non-Compliance was issued because the Department has had three consecutive minor non-compliance breaches over the last three audits.

Professor Lisa Matisoo-Smith, Head of the Anatomy Department, told Critic that the latest breach was due to “people not wearing lab coats and some missing (but quickly located) paperwork”. If the Department has a single non-compliance in their next audit later this year, the Department will likely be shut down for an unspecified amount of time.

In a wild unverified bit of hot gossip, a Department of Anatomy lab user told Critic they’d heard that “the auditor asked students to put on lab coats, which they did, then came back later and they'd taken them off”.

MPI audits the University because, according to Matisoo-Smith, “Much of the research and teaching undertaken by the University deals with either new organisms – that includes modified organisms (any research involving cloning, for example) or other biologicals such as plant or animal-derived products imported for research purposes.”

The University is registered with the government in order to use these materials, and regular audits by MPI ensure that they comply with all safety requirements. Safety non-compliance can be separated into “major” and “minor” non-compliance. Examples of minor non-compliance include not wearing lab coats in containment labs, not having hair tied back, wearing headphones, and not having appropriate footwear.

The non-compliance issued to the Department in the first audit involved “clarification about ventilation systems in Anatomy PC2 labs [which deal with regulated material], non-compliant lab furniture and a general untidiness in some PC2 labs,” according to Matisoo-Smith. The second “involved out of date bleach bottles, waste disposal systems, water damage to a laboratory wall lining and an open window in a PC2 laboratory”.

“These issues have been addressed. They were unrelated [to the latest non-compliance] and involved different labs within the department,” she said.  “While these are ‘minor’ issues, they are still serious potential safety issues, result in non-compliance and should not happen.”

However, Matisoo-Smith also said that the non-compliance issues “did not result in any containment issues or threaten the safety of people or the environment”.

“I can assure you that we are taking this very seriously. We are already undertaking a full review of our space, our processes for tracking biologicals, and, perhaps most importantly, our staff and student training.”

“We are not just being tough on students for forgetting their lab coat for no reason,” she said.

An MPI spokesperson told Critic that “MPI is working with the Department to ensure its facility meets the required containment standard. We will take further action if we believe the facility poses an eminent biosecurity threat.” A Department of Anatomy lab user told Critic that “the whole place is on high alert” after the Critical Non-Compliance. “Everyone is very concerned.”