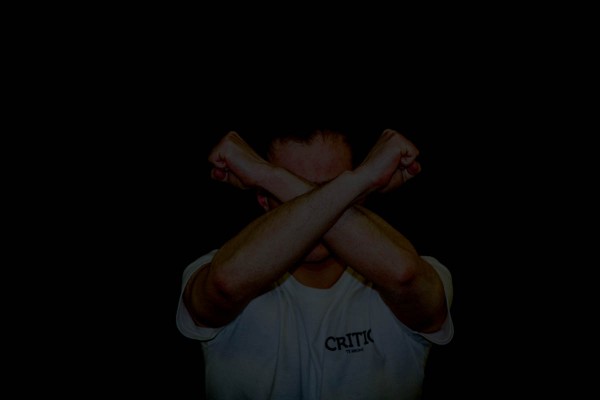 Look. I know this is the third time in a row that I’ve written a boring editorial about an election. I’m sorry. I know all you really want is content about hit Canadian reality TV show Mantracker. To make it up to you I will include a fact about Mantracker in between each boring paragraph, discounting this one.

Last week you should have got your voting papers for local body elections in the mail. If you’re a reasonable, normal person, you’ll know absolutely nothing about any of the candidates, and be dependant on the little booklet of generic blurbs that tell you nothing about the candidates. So here’s the tea: pretty much everyone running for mayor is kinda a piece of shit.

For the first six seasons, the titular Mantracker was Terry Grant, a 25-year-veteran of the Alberta Foothills Search and Rescue Team and the Chief Scout of Scouts Canada.

Last week saw an eruption of online shit-throwing, with the Mayoral candidates accusing and counter-accusing each other of bullying, and one candidate weirdly challenging every other candidate to publicly declare they’re not domestic abusers. Honestly a lot of the accusations have validity. You’ve probably realised this by now, but people suck.

The only items provided to Mantracker’s Prey are a map (that includes the location of the finish line) and a compass for navigation.

But whatever you do, please don’t vote for Lee Vandervis. He’s got an excellent chance of winning, with some calling it a two horse race between him and Aaron Hawkins. He came second to Dave Cull in the last Mayoral election, and has a rabid following online.

The Mantracker relies on his tracking skills, though some equipment (such as regular and infrared binoculars) is sometimes used.

Discounting everything else, Vandervis’ climate scepticism should be an instant disqualifier. At the recent Mayoral forum hosted by OUSA and the University, all the candidates were asked to raise either a ‘yes’ or ‘no’ card if they believed in man-made climate change. Vandervis refused to hold up either. He also opposed a motion this year to declare a climate emergency. The ODT reported that at that council meeting Vandervis said it was a fair question whether the scientific consensus on climate change was strong enough. In my opinion this alone should discount him from public office.

Mantracker is recorded primarily in Canada, but as of Season 4, two episodes were shot in California.

Vandervis, who is currently a sitting councillor, has long had complaints about his behaviour. In 2015 he was subject to a Code of Conduct committee hearing, where he refused to apologise for what the committee decided was “abusive and aggressive” behaviour and was temporarily stripped of his voting rights. In August of this year, the ODT reported that there had been 11 formal complaints made about Vandervis’ behaviour so far this term. This is just the tip of the iceberg of controversies Vandervis has generated over the last twenty years.

Mantracker has said that the camera crew has him stop to prove where he sees tracks, and also has at times sent out false Prey and production staff to prevent him from just looking for the actual camera crew.

A few weeks ago at midnight a random member of the public made a Facebook comment on one of our articles with claims about Vandervis. I got an email and a phone call from him about it at 10am the next day. I deleted the comment immediately, in line with our policy about comments that make claims about specific individuals. I sent Vandervis an email confirming I had removed the comment, and received a demand that I make him a “considered apology”. And then this:

For the first time, in Season 4, an episode was taped in Newfoundland and was aired between April and June 2009.

“You may further wish to consider what the effect of such publishing lapses has in terms of reputational harm to an established public figure, by imagining yourself one day in the distant future as having earned a reputation worth upholding.”

The Mantracker does not meet the team before the chase or know their destination.

This is the best burn I have ever received, and ever will receive.

Under Single Transferable Vote, the DCC voting system, if you really don’t want a candidate to get in, you’ve got to rank absolutely all of the other candidates and leave them last. If you can’t be bothered ranking all the candidates, just leaving the candidate you don’t want off your list is a fine second option. I believe a Lee Vandervis mayoralty would be bad for students and bad for this city. Rank him last.