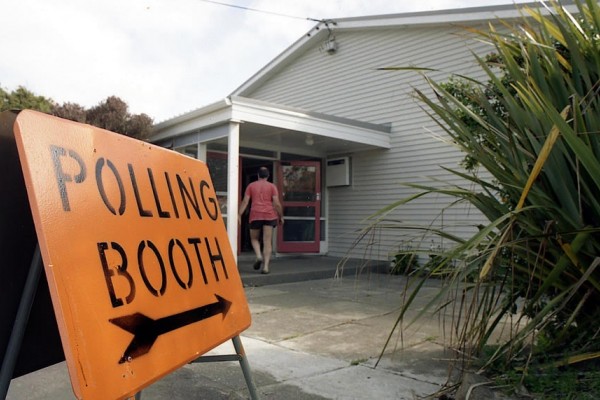 “[Students] very well might decide our next Mayor” – James Heath

So you can chuck away those boring postal forms (or not, please just vote somehow) because a physical voting booth will be available in the Link on four separate days: 30 September, 2 October, 8 October, and 10 October, from 10am-4pm. OUSA is also promising more free democracy dumplings if you vote at those times.

Even if you haven’t enrolled properly, at the voting booth you can correctly enrol when you vote.

James has been working hard to get the voting booth. “Work on this started roughly this time last year and we’re stoked with the precedent that it sets,” he said.

Students have been fighting to get a booth on campus for years as the DCC does not have a good track record of encouraging students to vote. In 2013, officials told OUSA that they wouldn’t provide a voting booth on campus because the then OUSA President was running for mayor, and they were worried that it would give him an advantage.

At the last local body elections in 2016, DCC officials tried to make rules that OUSA Executive members needed to constantly supervise the booth, and limited the times that students could vote. They eventually provided a voting booth that was open for just one day.

OUSA has high hopes for the booth. “The election for Dunedin Mayor will be close, so the student voice honestly couldn't be more important or influential. We very well might decide our next Mayor,” James said.