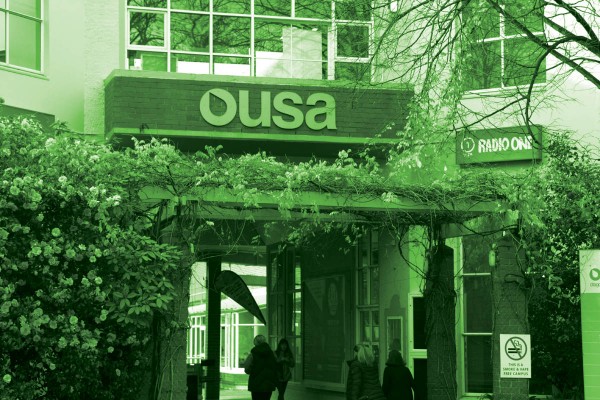 “I honestly don’t have the energy to fight this.”

OUSA Welfare Officer Kerrin Robertson-Scanlan has been stripped of her duties and 20-hour a week pay, but will keep her title unless she resigns, which she has so far refused to do.

Last Tuesday, the OUSA Exec formally rejected Kerrin’s third quarterly report for being “inadequate” and after hours of deliberation, relieved her of her role in all but title. OUSA President James Heath said “objectively speaking, the work hasn’t been done”.

James asked Kerrin privately to resign on Monday, and then again in the meeting. Back in July, after submitting an unsatisfactory report, Kerrin told Critic that she would resign this quarter if James asked her to, but she has not done so as of Critic going to print.

In a statement to Critic, Kerrin denied that she “refused” to resign, rather has asked “for time to consult [...] relevant professionals” about this decision.

The Exec’s decision to strip Kerrin of work and pay was a turnaround from the day before, when the Exec informally rejected Kerrin’s report and relieved her of her duties, but decided to keep paying her 15 hours a week after a plea about “financial security” for her and her son.

Exec members felt Monday’s decision was “rushed,” as they made the call on Kerrin nearly two hours after the Exec’s room booking had run out.

At the Tuesday meeting they said Kerrin “continuously fails” to communicate to the Exec what her “limitations and needs” are.

Bonnie said, “I don’t think it’s fair to the Exec or to James to say you did well when you achieved less than half of your goals. Don’t sign up to things you can’t do, the rest of the Exec’s plans rely on you.”

OUSA President James Heath said he wanted to keep the meeting “appropriate” and “objective,” but tensions rose when Kerrin said she needed the money for rent. None of the Exec wanted to see her out of pocket - two even offered personal financial support - and the conversation strayed from whether she’d done her work.

Kerrin’s work output was flagged back in July when second quarterly reports were debated. At the time a Thursdays in Black executive member called her out for over-exaggerating her work with them, and the Exec said she spent too many hours on “confidential” dealings with individual students rather than managing her spaces, campaigns and committees.

At that time, the Exec instituted accountability measures for Kerrin including weekly meetings with James and a detailed list of goals to achieve in the quarter, ranging from sending emails to facilitating campaigns. Less than half of these goals were achieved.

Fast forward to last Tuesday, Kerrin said “health was a barrier” to stepping up, and wanted to discuss “alternative pathways” to resigning, such as lowering her hours to “between 10-to-15 hours”. She said she would work harder once she recovered from health issues and had handed in her dissertation.

Will, however, said he was still “not confident that on 10 or 15 hours you will do the work”. Bonnie, Ben, Georgia, and Jack agreed. Ben said, “The problems we have happened previously in a time of relatively good health. There is a lot of work that needs to be done in the Welfare portfolio before the end of the year. We can’t keep waiting.”

Kerrin said she had found it “very difficult” and “uncomfortable” to reach out to the Exec. But, when James asked if she was comfortable reaching out to fellow Exec member and long-time personal friend, Postgraduate Officer Matthew Schep, Kerrin said, “yes”.

As the Tuesday meeting drew to a close, James asked the Exec to vote on a “lack of confidence” in Kerrin. Everyone present (except for Matthew, who said he had “some” confidence) said they lacked confidence in Kerrin.

Kerrin said “I honestly don’t have the energy to fight this.”

James said the Exec would prefer “someone else to be doing [her] work”.

Kerrin said she would “look at doing a resignation letter,” but did not confirm if she was resigning and had still not confirmed by Critic’s print deadline.