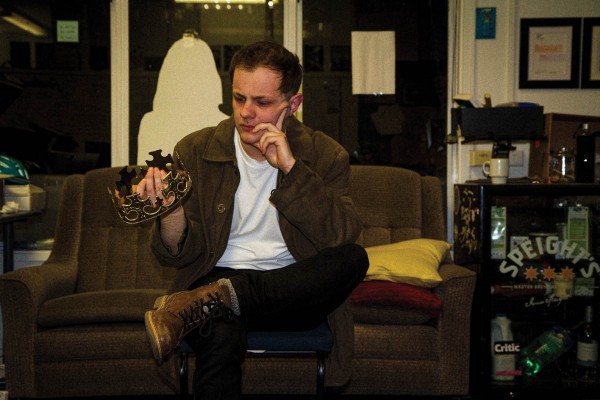 Last week I said that the OUSA presidency was anyone’s game, that any of the three candidates could pull it off.

In the week since then I forgot my own good advice. The OUSA bubble were convinced that it wasn’t going to be Jack; most people thought that Will was a safe bet, and if anything the talk was about whether Sam could topple him. I got swept up in it, so much that I made two separate bets (one with OUSA President James Heath and one with Critic Culture Editor Henessey Grifiths) that Will was going to win and but that Sam was going to get the most first place votes (welcome to Single Transferable Vote: you need to be a massive fucking nerd to understand how it actually works).

So why did Jack Manning win? He did the worst in the debates, his policies were lacklustre, and he doesn’t have the charisma of the other two candidates.

It could be that Jack simply put more work into campaigning; reportedly he was visiting every lecture he could physically make it to telling them to vote for him. Also a lot of his job this year was going around the halls as part of their DCC election voter drive, which got him in front of a lot of people.

It also could have been that he was the only candidate running who actually had experience on the OUSA Exec. It makes sense that a candidate who knows what the Exec is and who’s proven themselves in the role, is going to be a better candidate than one who comes in and tries to jump straight to President with no experience (Horse of the Year doesn’t count apparently, soz Will).

The vast majority of voters don’t go to the presidential forums, they don’t engage with the candidates, they don’t even read the write-ups on the debates in Critic. They get the email telling them to vote while they’re procrastinating doing their assignment, and skim through the bios to make their choice. And candidates’ experience is the only way to tell those bios apart. There’s only so many times you can read that candidates want “engagement” and “transparency” before you want to shit yourself out of boredom.

Of the last eight OUSA Presidents, six of them had prior experience on the Exec. One of those people was Hugh Baird, who’d been Critic Editor and wasn’t running against anyone with exec experience, so can pretty much be discounted. That leaves Paul Hunt’s victory over Henri Faulkner in 2013 as the only time in recent memory an outsider has managed to beat an Exec member at an OUSA election.

It could be that candidates like Will Moffett need to focus on getting on the Exec first and proving themselves before they make their move on the presidency. If my shit 2am analysis is right, experience on the Exec is actually what voters want most, and maybe it’s time for the candidates running to figure that out.

Also sorry for talking about stupid OUSA politics for two weeks in a row. Love you xx