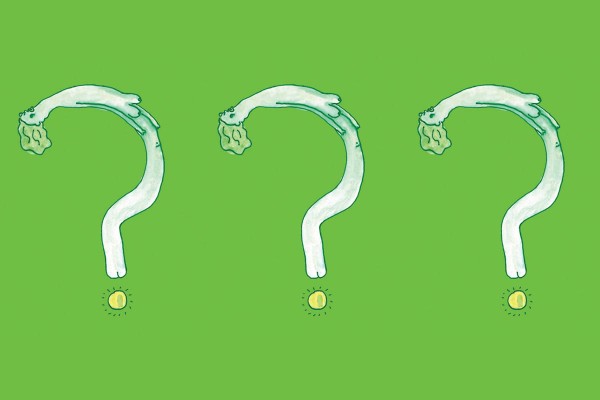 This year Otago’s student union had no female presidential candidates. Empowering women and people of colour to run for any OUSA position is an annual talking point for the Executive, typically brought up in the weeks leading up to nominations or, in the 2019 Exec’s case, not brought up at all. Every year, the strategy is the same: go talk to different cultural or vaguely-feminist-sounding groups on campus and convince their leaders to run.

The past four years have had 40% female representation on the Executive (minus ex-officio positions) despite their being more women at University than men. Permanent OUSA staff told Critic this is the norm.

There’s a bunch of statistics that say women suffer from impostor syndrome in the job market, and don’t go for jobs unless they feel they are 100% qualified for them. This makes it harder for women to run for leadership positions. Unless you’re already on the Exec, chances are you don’t know what the fuck you are doing or how to do it, so you don’t feel qualified enough to try. This rung true for OUSA staff, who could not remember a single woman without OUSA experience who became President, but could name multiple men who had.

There was a consensus on one thing amongst former and current female Exec members: if people feel empowered and inspired, they will run. If the effort isn’t made to reach out to them, they won’t. One Exec member said that the women who do succeed tend to be cis, white, straight and/or abled - with the exception of cultural representatives - which can make it an isolating experience for anyone outside those categories. “It can undercut work you try to do advocating for people who are traditionally overlooked in the same ways as you,” they said. “[You end up] overlooked unless a man backs you up”. Another former Exec member said that 40% of women running and being elected wasn’t even that bad, “there’s more of a problem getting Māori and Pasifika running”.

Another pointed out that OUSA’s marketing videos tend to feature men on the Exec, which creates a perception that it’s “a big boys’ club”. They also said that campus lad culture can be described as a group of people who “go to the bar together and have a drink; they talk sport and have playful tussles”. Although she said some women can get on perfectly fine in this realm, it’s not the “status quo”, and therefore women have to work extra hard to find their place in this environment. Since the OUSA Executive are full of nerds this isn’t as much of a problem.

Honestly, I think one Exec member summed it up perfectly by saying “you never see average women running for president”. Yeah, we don’t want average people running for the Exec in general, but if we’re not raising the bar for the male candidates, maybe more of an effort needs to be made to show women that they don’t have to already be perfect to go for it in the first place.