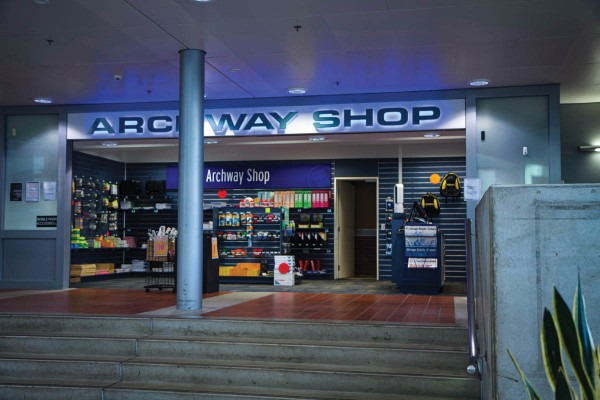 OPINION: Archway Shop Shut For No Reason And I Am Mad

It turns out the University do not actually have a plan for the Archway Shop space.

A few weeks ago Critic covered the closing of the Archway Stationery Shop in the Link. The University’s closed a useful store with one particularly friendly employee and replaced it with some cash-grab. At the time, the University claimed (lied) that the store was shutting down because students needed more space for stationery (note: they never actually sought student consultation for that), and that the (useless) 150th Anniversary Campus Shop around the corner could provide that space. Critic debunked this claim of increased stationery space by measuring the length of shelvage in both places, and revealed that Campus Shop only had half the stationery space that the Archway Shop did.

But there is an added layer to the betrayal. The Uni did not even have a plan of what they were going to do with the space when they closed Archway. Critic has discovered the University has listed the Archway Shop space online for lease. The 31qm of retail and 25sqm of storage has been leased with Colliers International: Commercial Real Estate to seek expressions of interest.

The Uni would not name which businesses are interested in the space due to a niggly little thing called “commercial sensitivity”. However, they said they had several responses from “interested parties” that fall into the categories of “food and beverage and health-related products”. For some reason, the Uni also could not let us know how much money the space might bring in as they “do not want to prejudice those negotiations in any way”.

So basically what this means is that the shop was closed, and at least one employee was let go, for no good reason. Instead of - oh, I don’t know - keeping it as a stationery shop until there was a business that actually wanted to move in to it.