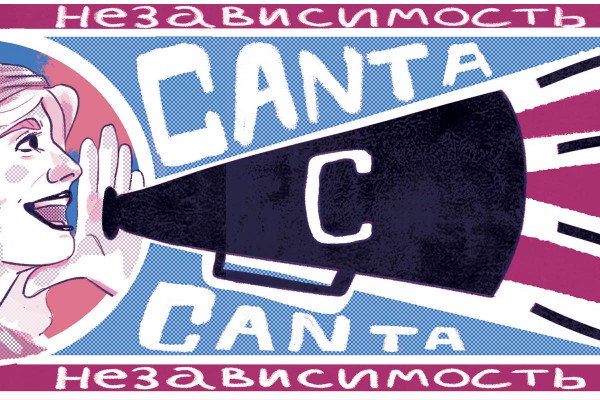 “The President is scared of Canta becoming independent” – Canta Editor

This week she will take her Change.org petition that has 1700 signatures to the USCA Exec to prove that Canterbury students want independent student media.

UCSA CEO Dave Hawkey said he could not comment on the petition as it has not been presented to the UCSA, but “from discussions with OUSA it would appear that Canta operates in a similar fashion to Critic”.

“No it doesn’t,” said Critic Editor Charlie O’Mannin. “Critic is an editorially independent department of OUSA.”

As a law student who wants to be a journalist, Samantha said the lack of editorial independence “didn’t sit right” with her. “As time went by we started looking into issues with the University and UCSA and met increasing resistance,” she said.

In response, Hawkey said the piece about Haere-roa “had a lot of incorrect information in it”. Dave said he “met with the student to correct some assumptions,” including that the student levy collected by the University came directly to the UCSA.

Although in Samantha’s time as Editor, only one story has been held back, she said former contributors have told her their stories were cut or they were pressured to edit them to be more UCSA-friendly.

She raised it with UCSA President Sam Brosnahan who said she needed to prove students actually want Canta to be more than “a mouthpiece of UCSA”. So she started the petition, which has gained over 1700 signatures.

Sam Brosnahan said as Canta is an UCSA-administered product, UCSA has a “duty of care” to ensure “a professional, accurate, and well-presented publication,” but, “if a higher degree of editorial independence is what current UC-students want, we have to be open to hearing that”.

Samantha alleges she has experienced pushback from within UCSA around editorial independence. “The President is scared of Canta becoming independent” and “isn’t sure why so many students support it,” she said.

Samantha said UCSA needs to step up for students. “This is the city of the earthquakes and the shooting, UCSA should be at the frontline of student organisations,” she said.

“I’m not trying to hate on Canterbury Uni or the UCSA,” she said, “but being a student is hard,” and you need to know someone is in your corner.

An investigation into past UCSA minutes showed that Canta’s editorial independence was reined in after a 2015 issue was pulled from stands after publishing a story about rape in video games.

Independence was proposed again in 2015 and gained Exec approval in 2016. But, according to the minutes, “staffing and performance issues” saw the role brought back “in-house” that year with the intention that Canta would go independent in 2016. However, Josh Brosnahan, a professional editor, was hired in 2017 and talk of an independent Canta stopped until Samantha replaced Josh in July 2019.

Josh Brosnahan said he felt the majority of Canta content was not sanitised or vetoed, but there “were some things removed [...] that I would have left in”. He never spoke up as he didn’t think change was possible and thought independent student voice could still be expressed through letters to the Editor and opinion pieces.

Hannah Herchenbach was Canta editor 2011 to 2013, going part-time in 2014 while she attended journalism school. She never challenged Canta’s editorial independence as she said, “it’s a quick fire method of job suicide to bite the hand that pays you”.

Tara Ross is a Senior Lecturer in Journalism at the University of Canterbury and said she thinks Samantha is “incredibly brave”. “It’s a difficult position to be in as an employee,” but said she’s “surprised no one’s pushed for it”.

Ross said Journalism School staff have offered Canta editors help to rethink the magazine’s structure. In 2015, UC Journalism students even submitted a research report on Canta’s structure to the UCSA, which “had material around independence in it,” but nothing was done by UCSA.

Ross said close collaboration between UC Journalism School and Canta has always faced “the key sticking point[s]” that Canta is not a digital product, and not editorially independent. While UC Journalism students do submit to Canta when their stories are a good fit, “until things are changed, we won’t [collaborate further]”.

The Aotearoa Student Press Association (ASPA) said, “Student media exists to fight for students and an essential part of that is the freedom to hold universities and students’ associations to account. ASPA opposes UCSA’s undue interference with Canta.” ASPA consists of the editors of Craccum, Debate, Nexus, Massive, Salient, and Critic.

Samantha will meet with UCSA staff on Friday 20 September and present her petition to the Exec on Monday 23.