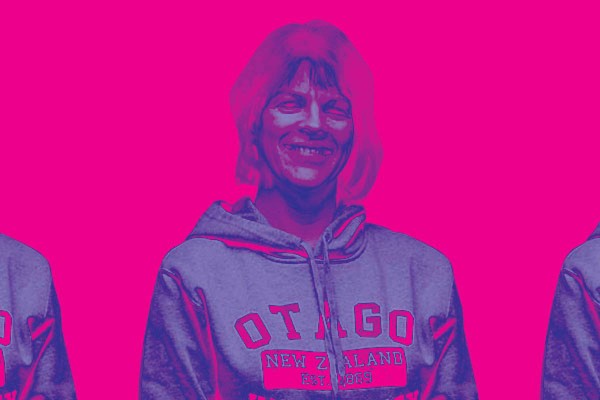 Come Fly With Me: A Semester in the Life of Harlene Hayne

Like binge watching shitcunts on reality TV over and over again, there is something cathartic about peeking behind the curtain and laying bare the lives of the rich and famous. Unfortunately, Critic doesn’t know many rich people, and the most famous people we know (Joel MacManus and James Heath) aren’t very cashed up. The best we have is Queen Harlene, with her flashy $630k salary plus work expenses. But what are those taxpayer-funded work expenses, you ask? Well, Critic made an Official Information Act request to find out, and here are some of the highlights.

Harlene’s first expense for 2019: in-flight internet for $15.34 - Dubai to Auckland. You know you’re #badandboujee when you use taxpayer $$ to update your insta with cute ass plane wing pics.

It’s May 8, and Harls has four separate transactions for ‘sustenance’ at the Melbourne Alumni event, each ranging from $11 to $18. No hate: sometimes a bitch gotta snack. Weird that the event didn’t put a spread on for the Queen tho.

Then, her expenditure goes through the fucking roof. $12,222 for flights to the UK, not including the $3,300+ spent on UK accommodation?? I literally live off less than that for a whole year. Damn, girl.

In the same day as the UK transaction, she spent just over $10k on flights to the USA and to Germany. Who knew it cost an extra $2k to go like 3 hours to the right of the UK? While in Germany she spent $881 on accomodation.

Credit where credit is due, though. When Harlene pays for parking during graduation ceremonies, she only pays like $5. Considering Central Dunedin parking is spenny and graduation ceremonies never end, it looks like she parked a lil’ further away to save some beans. God bless.

Harlene, even though you put our lifestyle to shame, we’re so grateful that you shared your expenses with us. We may have strong-armed you via the Official Information Act, but this intimate detail about your life has only left us wanting more. xx