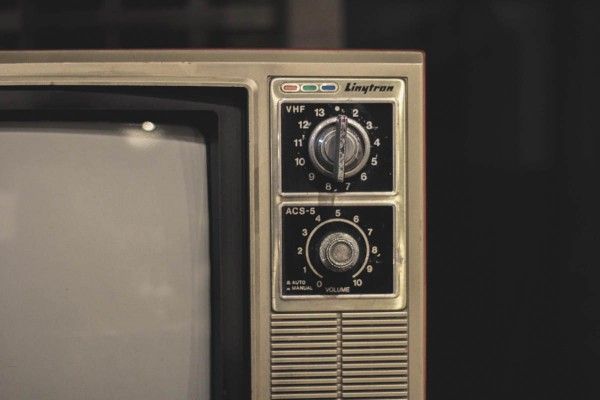 OPINION: I Hate that the Uni Wasted 42k on Some Promo Screens

Over the last few weeks the Uni installed a massive nine panel screen in the Link that cost $42,000. It plays exclusively ads for the Uni – you know, that place you already go.

I have a conspiracy. The University is slowly but surely turning the Link into a massive man-cave. Think about it, the Link has pingpong tables, couches (with flaky scarfie pie pastry all over them), a single shitty microwave and now, an obnoxious $42k TV screen. What’s next, a big fuck off deer head???

A University spokesperson told Critic that the screens cost the Uni $42,000 and were paid for by the 150th budget. It is not clear how big this 150th budget is, however the University said the budget exists to focus “on providing something constructive that would enhance infrastructure and resources for students”. While it is, in a literal sense, enhancing uni infrastructure, I don’t know how a gargantuan ad television can be considered a resource for students.

I’ll be the first to admit that I do not possess the industry-specific knowledge required to correctly evaluate whether or not that screen should have cost $42,000 (although surely someone in this God-forsaken institution has a Harvey Norman hook up we could have used?). What I can evaluate is whether or not that $42,000 could maybe have been better spent somewhere else.

42k could have helped finance the continuation of OUSA’s free breakfasts, food parcels for students who are in need, setting up composting on campus, or boosting the campus’ mental health services for students. Just throwing ideas around here. Even if screens are what the Uni truly wants, 42k could have bought 42 Samsung 50" UHD 4K Smart TV NU7090 Series 7 TVs from Harvey Norman (see, we did have a hook up). Not that anyone even watches TV anymore, let alone watches it to see ads for the University that we are already fucking attending. At least play The Bee Movie or some shit for those waiting in the Cafe Albany line.

The University said that while they are in the “early stages” of deciding what content will go on the screens, they have successfully advertised the ‘Light of Peace’ event on the Clocktower lawn. I’m not sure how they know that people showed up as a result of students seeing it advertised on the Link screen and not because of the Facebook event, but there you go. From the information the University provided Critic, the screen predominantly exists to advertise Uni events. The University spokesperson said “in essence, it belongs to the students and staff”. I threw up a little in my mouth.

If a student like myself cannot have any say on what is displayed, or cannot forcibly remove one of the screens from its fixtures and walk out the Uni with one under their arm to crudely prop on the flat mantelpiece, does it really belong to us? Also, you’ve already got lecture theatres, Blackboard, Scarfie.com, Critic, Radio One, the University’s personal Facebook, Instagram and Twitter to get comms across. What difference is this blinking screen going to make?

All the students that Critic spoke with agreed that the screen was hidden from main view and an unnecessary expense. Brian said, “it’s kinda like hidden away. If I was gonna spend that money I’d put it over there [points to a far better location]. I didn’t even see it until you pointed it out.” Emma told Critic, “they could at least play something decent. It’s like all photos of campus.” Another student, Seth, said, “it seems unnecessary”. One student who wished to go unnamed said, “it’s like the Uni are trying to turn the Link into Times Square or some shit”.

Does the Uni really seek to enhance the student experience, or is the master plan of developing the Link into the ultimate man cave their only objective?

All I’m saying is start running for your life if a foosball table turns up one day.