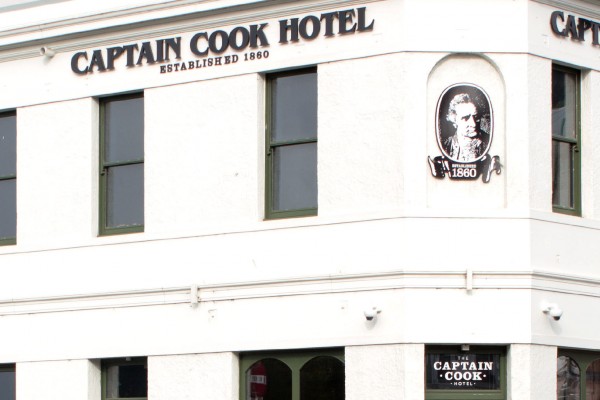 The Captain Cook has been sold (again), cementing the pub’s status as Otago students’ ex-boyfriend with serious commitment issues.

Michael McLeod, who had operated the Cook since early 2018, told the ODT that he planned on keeping the upstairs venue open for hire under the Cook name, but that from September onwards Sal’s ‘Authentic New York’ pizza will take over the lease for the ground floor. McLeod said he decided to sell following an offer from Sal’s, and that it was sad, but “a relief” to see that part of the business go.

The Cook initially opened in 1864 and was a fixture of Otago student culture ever since. In the years following its purchase by the ‘Cook Brothers’ (a bunch of students who, as legend has it, pooled their student loans together to afford the downpayment) in 2004, it became the only pub on campus that hadn’t been bought and turned into study spaces by the University. This deepened the Cook’s significance in the hearts and minds of scarfies new and old. When they shut their doors in 2013, it was the end of an era.

Not everyone was ready to give up on it, though. The Cook has gone through multiple owners (averaging nearly one every year) trying to unsuccessfully re-capture the student market. McLeod took a different route, telling Critic in 2018 that his Cook would have a “different ethos than the Cook I remember as a younger student . . . [there] won’t be any crate days, no Cook-a-thon, no gambling, although perhaps I might play poker there with my friends after hours.”

The original student-focused route may have done him no better. A Cook Brothers Director, Richard McLeod, told Critic in 2013 the Cook was being sold because of the changing climate and culture of student drinking, and could not continue “in its current shape or form.”

One student Critic spoke to said the move was “good because no one goes to the cook anyways and pizza’s yum”.

A third said, “I haven’t even been in there so I don’t care”.