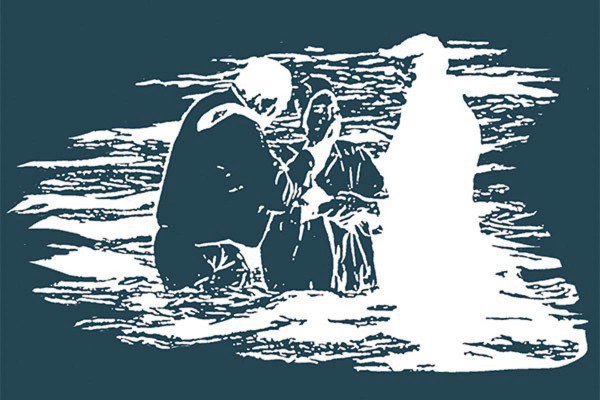 Proctor says ‘no thank you’

International students allege they were targeted by a controversial Korean religious group, described by many as a cult, that has been trespassed from campus.

Sela and Mele, residents of a St David’s Street UniFlat, allege two young Korean people knocked on their door with an iPad and a Bible. “They wanted to give us a sermon,” said Sela. After fifteen minutes of talking they tried to get them to get in their car to be baptised, which freaked them out. They wouldn’t say where they would take them, saying that “the place is hidden,” according to the students.

Sela and Mele said they phoned Campus Watch who said they’d “watch out” for the group but did not do anything more.

The door-knockers fit the pattern of World Mission Society Church of God (WMSCOG), a Korean religious group that believes that a South Korean man born in 1964 named Ah Sahng-Hong is the second-coming of Jesus Christ.

The church has faced international media criticism and lawsuits, with former members alleging the group is a ‘mind-control cult’ that separates members from family and friends, exploits them financially and forces them to break laws.

WMSCOG has been trespassed from campus from the Proctor. When asked if that trespass extended to UniFlats, a University spokesman said, “We won’t go into specific details of a particular case publicly, but trespass notices will vary from case to case depending on a number of factors involved.”

In 2017, WMSCOG were actively recruiting in the North Dunedin area by door-knocking and speaking to people on the Uni campus, before they were trespassed by the Proctor for their forceful behaviour. The Dunedin operation was based in the former Roslyn Presbyterian Church in Highgate.

In 2017, Critic spoke to Tina* who was taken to the church to get baptised. She was made to change into a robe and had water poured over her while the girls who recruited her wore veils. They took her personal details and then dropped her back at Uni. Tina didn’t really know who they were and said, “an innocent conversation with them could turn into something quite pressured and hard to escape from”.

OUSA disaffiliated a club associated with WMSCOG in 2017 and refused to re-affiliate a new club affiliated to WMSCOG in 2018. Then OUSA President Caitlin Barlow-Groome described the group as “the same people in the same positions”.

Proctor Dave Scott said, “I encourage any student who at any time is concerned about behaviour directed towards them, on or off campus, to inform the Proctor’s Office or Campus Watch.”

“Whether approached on the street or where a conversation has started after a knock at the door, the advice would be an assertive and polite ‘no, thank you’ and then disengage – close the door or walk away. Be clear in your message and do not reengage.”

Sabrina Alhady, OUSA International Officer, said “While it is recognised that religion is important and central to the lives of some people, the aggressive targeting of any individuals is not acceptable. If you are an international student who has experienced this, please do not hesitate to speak up and contact myself, OUSA Student Support or the International Office. If behaviour becomes threatening, ring the police or Campus Watch. The safety of students is of utmost priority – no one deserves to feel threatened by these groups.”