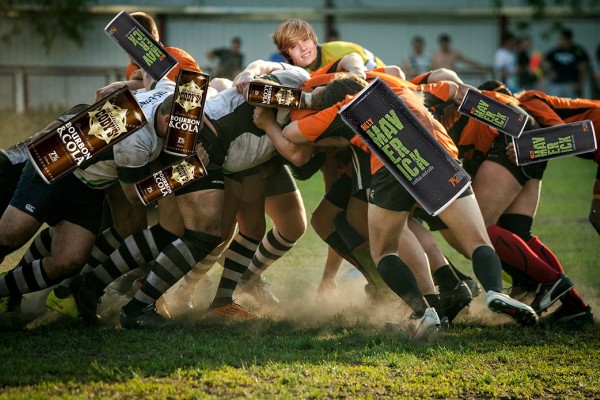 ‘Fuck boomers’ is hardly news, but here we are

Last week, an effort to break the world record for the biggest scrum during the Agnew Street party was tragically thwarted before it even began. (For those who don’t know sports, a scrum is a “move” in rugby where players on both teams line up, lock arms with each other, and have to use their leggies to get the ball.)

The creators of the event were Facebook page ‘The Suite Life of Mavs and Codys’, who have gained 5k followers in the two months of their existence. One of the admins told Critic they wanted to “bring the breather community together” and “give the All Blacks some much needed motivation from their fans following their dusty 16-16 draw to South Africa”.

Currently, the world record is a 2,586-person-strong scrum. Overnight, over 4,000 people clicked that they were attending or interested in the event scheduled for next weekend, turning what started as a joke to reality.

They quickly recieved multiple messages from the organisers of Agnew Street, who were worried that the stunt would be too risky. The concern was that if anyone got hurt “the Proctor and the DCC would ensure that Agnew St party would never happen again”. The page admin said they didn’t want to “dog the future breathers of Dunedin” so, reluctantly, they deleted it.

“[It’s] a huge RIP for the fans of the page and the student community as a whole, but it had to happen,” they said.

The admin has no plans of making a new world-record-breaking attempt on another street. They said, “no one will wanna leave Agnew St for it, plus being on the piss for it was half the fun so there goes the opportunity of another day”.