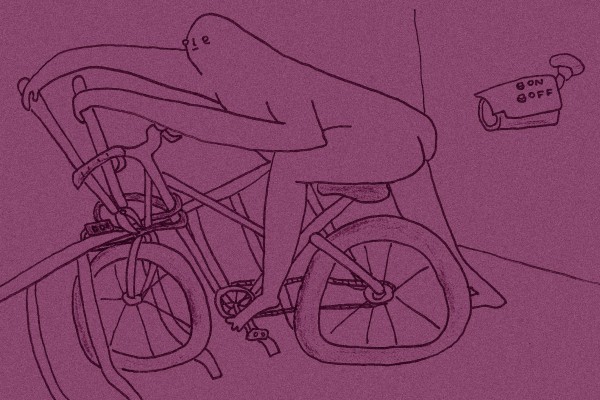 Bike Thefts: a Trial, a Tribulation

Earlier this year Critic received a news tip alleging there was a spate of bike thefts happening on campus.

To see if it was a story worth pursuing, I contacted the Police Communications team with an OIA request to get some evidence on reported thefts. Simple stuff. For those that don’t know, OIA stands for Official Information Act; the OIA allows anyone in New Zealand to access the information held by governments or government agencies, unless it invades someone’s privacy or is unreasonable.

The OIA is how Critic managed to get the StudyLink call hold playlist last year, or how, if you wanted, you could access every mention of ‘Charlene Chainz’ in University emails.

I sent off the request on March 13 asking for all bike theft numbers reported from January 2017 to present. I expected it to take a few days, maybe a week or two but nothing longer. After all, they legally have to get back to you in 20 working days. But, after the Christchurch shooting, I received an email from Police Communications asking if I could send my request in at a later date due to them receiving unprecedented media inquiries. Fair enough, my bike inquiry can fuck off.

I sent them a follow up two weeks later; Police Comms said I needed to make an OIA request. I was ready to give up. Finally, a month later, I replied with, “This is an OIA request”. The Police Comms team replied immediately saying it would take a month to collate the statistics, that they couldn’t get the statistics for the most recent months and was this even relevant? Good question. I said yes it would be relevant and I would like to get the information, Thanks and Kind Regards. The request was first filed on May 15.

I would have given up on pursuing the request, if it wasn’t for our Editor chasing me up nearly every week, telling me to threaten them with the Ombudsman, a public advocate responsible for holding government agencies to account, like when OIA requests take over 20 working days. I didn’t, because I felt bad and quite frankly didn’t give a flying fuck about the bikes any more.

35 days later, on July 3, I received my OIA back. Police Comms only gave me the stats for January to April 2019. It said there were 4 reported bike thefts during that time, none in February, two in March. I no longer cared.

Later in the month, at my Editor’s request, I sent them a request for the rest of the dates I specified in the initial request. They gave them to me in a single day. Wtf.

So, after 94 working days, I can now officially report that the total number of bike thefts on Otago University Campus from January 2017 to April 2019 is 18. Do with that what you will.