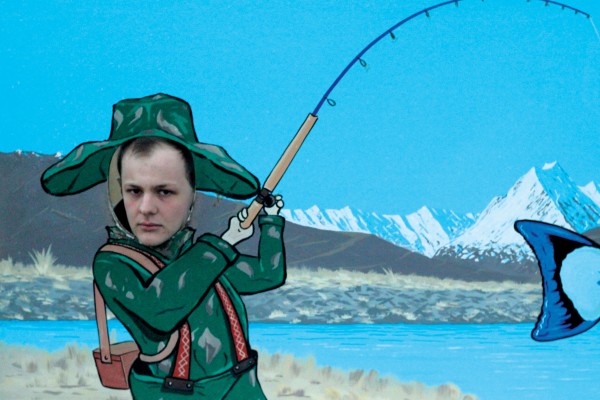 Editorial: I don’t know, vote or something

This week’s centrefold is really boring. It’s an enrolment form to vote in the local body elections.

In case you didn’t know, there are a bunch of incredibly boring committees and councils, exclusively staffed with people over the age of 95, who make decisions about your lives; specifically about BYO laws, paid parking, when the clubs close, rental standards, rubbish, recycling, noise control, cemeteries, public toilets, skateboarding and being allowed into the gardens at night to smoke weed. In other words, everything that gives life meaning.

Students and young people make up a massive percentage of the Dunedin voting block - around a third of the voting population of the city. Yet there’s not a single person under the age of 127 on the Dunedin City Council, and the youngest person on the Otago Regional Council fought in the Crusades.

Surely it’s not too much to ask to have a single person on council who didn’t personally ride the steppes with Genghis Khan.

In order to vote, you need to enrol, which means filling out a form and sending it off. It takes less than a minute and we’ve handily prepared the form for you. It’s in the middle of the magazine. Just go there, rip it out, fill it in, and burn it. The electoral commission will be able to smell the smoke in the air and will put a big tick beside your name on a big list they have which has the names of all the people who ever were, are, or will be.

You’ve only got like a week to do it. So yeah, fill it out. Or don’t. But don’t come crying to me when the DCC passes controversial new cemetery by-laws. This is your formal warning.

Also we shouldn’t call them the local body elections. I feel like I’m voting on how many feet I should have, or whether my liver should secede. Just call them the council elections and be done with it. I don’t like the idea that my body parts should get a say as to whether or not to stick with me.

Also it’s Art Week, which is why our cover is nine different artists doing the same object. First person who guesses correctly what the object is and sends a picture of the most disgusting shit they ever took to editor@odt.co.nz wins a cool prize.