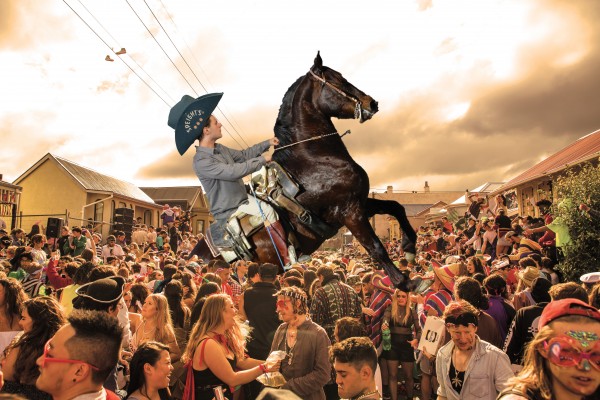 Editorial: Dunedin Needs its Own Mantracker

Last Wednesday I was introduced to one of the superior cultural phenomena of the 21st Century: the Canadian reality show “Mantracker”.

Mantracker features two contestants, known as “prey”, who are dropped in the Canadian wilderness and have to reach another point some distance away. Except there’s a twist. They’re being chased by a cowboy on horseback called Mantracker.

Mantracker hunts the prey down with a cruel smile. Whenever the prey tries to do tricky things, like walk backwards in the desert sand to fool the pursuers, Mantracker isn’t having a bar of it, and sees through their shenanigans in an instant.

In the three episodes of Mantracker I’ve seen, the prey are always caught.

Which is why I think it’s cheating to set the show in the Canadian wilderness. If no human has been past for ages, then surely it’s simple for an expert to find the tracks of two panicking contestants.

We all know the Canadian Wilderness is a fake wilderness anyway. It’s just some fucking trees and mountains and bears. A piece of cake compared to the real wilderness: North Dunedin.

Mantracker, with all his woodsman skills and his sidekick and his fancy moustache, wouldn’t stand a chance against a pack of breathas. The prey who dive freely into the ice water of the Yukon would perish in the disease-ridden Leith. Traversing the Botans at night is more perilous than “bushwhacking” (gross) any sub-arctic forest.

What I’m saying is that, while Mantracker is a giant of modern media, we can ascend to even greater heights. That’s right. Critic should make its own superior version of Mantracker. One where highly trained contestants have to traverse flat parties and duck Campus Watch. One where Mantracker is allowed a wee bit of meth to even the playing field. One where the stakes have never been higher.

Anyone interested in completely running this endeavour for me so I don’t need to do any work but can claim all the credit should email me at critic@critic.co.nz. Also, anyone who thinks they can be as sexy a cowboy as Mantracker should email me as well (also I guess you should know how to track people, but honestly being a real hot cowboy should be your number one concern).

If you think you can escape (or pretend to give chase only to be swept up by our sexy cowboy and carried off to some satisfying cowboy-sex) you should email the person I am getting to run this whole thing (see above).

I’m looking forward to having to do no work and having an engaging and enduring franchise I can attach my name to and take all the credit for.

Again, if you’re interested in having all your glory stolen by me hit me up at critic@critic.co.nz.