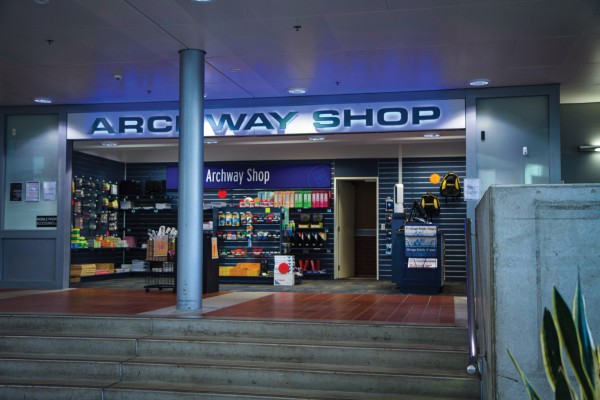 Opinion: The University Lied About Stationery and I Feel Weirdly Vindicated

Critic Chief Reporter has literally no life outside of campus

Last week Critic reported that the Archway Shop stationery would move to Campus Shop South (the weird merch store next to the library). This was allegedly due to a high demand for stationary and a need for more space to stock things. We asked the University point-blank if Campus Shop South, which also sells University apparel, graduation gifts, the University’s range of 150th products, phone accessories, and Highlanders clothing, would be providing more space for stationery than Archway Shop had been able to. They said yes.

And so it was on.

Before Archway Shop was closed forever, I turned up, not with a measuring tape, not a ruler, but my feet to measure with. I wear a European size 42, which is approximately 27 centimetres. Instead of measuring the area of the whole shop I measured the length of each display (and the density, but didn’t end up needing it). The space behind the till, including the postage, iGear, and miscellaneous shit, was not included in either store. Which means that the two walls of displays, plus the two shelves in the middle (with stationary on either side of each shelf), made for a total of 71 my-feet worth of space for Archway Shop.

A week goes by. I wanted to give Campus Shop South enough time to relocate their stationary. My dignity dropped to an all time low as I measured the displays in front of the workers (I’m sorry you were mad, I never meant to hurt you), and had to awkwardly measure all of the things they pointed out was stationary and should count. I still dispute that a stand with 150 pens that was there pre-Archway Shops closure should not count. However, even with them added, the amount of my-feet worth of space is ONLY THIRTY FOUR. Half of Archway.

The University wasn’t able to get back to me to answer for their lies in time, but I couldn’t wait. You needed to know.